You are here: Home / Cold Hard Facts / Can The President Fire The Vice President? (Everything To Know)

The United States government relies on a system of checks and balances that prevent any one person from obtaining an unbalanced proportion of power.

The president leads the executive branch of government with the vice president acting as his second in command.

The president selects their running mate after the primaries and the people vote for their favorite partnership.

What happens if the president doesn’t think the vice president is doing the job as expected?

Can the president fire their own appointee? 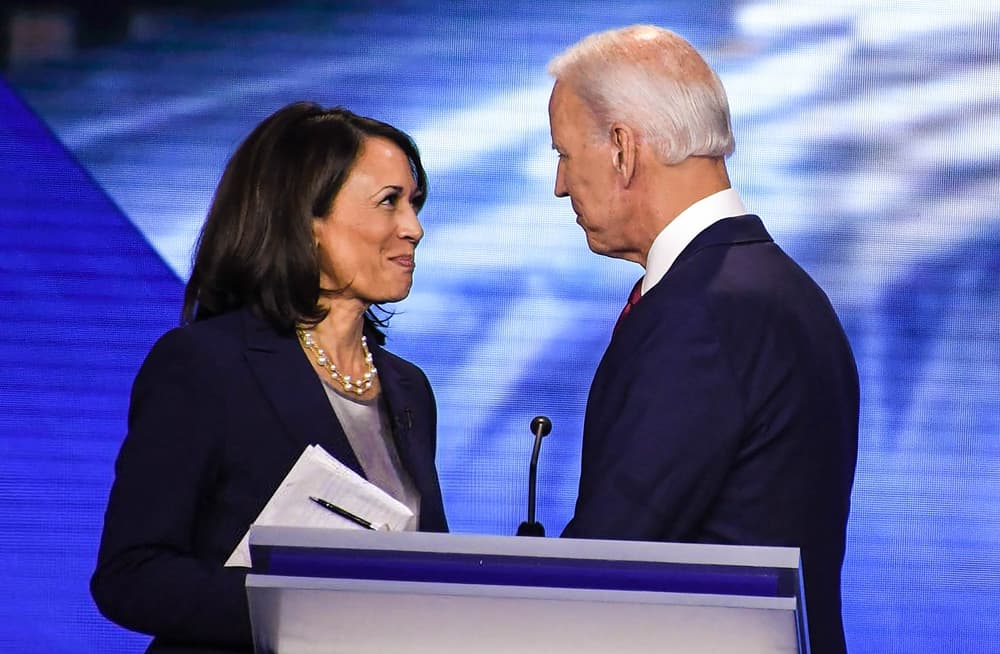 No, the president does not have the authority to fire the vice president.

As a public servant elected by the people, the vice president enjoys a relative level of job security throughout their tenure, assuming they don’t find themselves amidst a scandal.

While it has never happened, a vice president may face impeachment if they commit crimes against the country.

Ideally, the president gets along with the vice president and teaches them instead of trying to get them fired.

With proper guidance, the vice president may become the president in a future election. 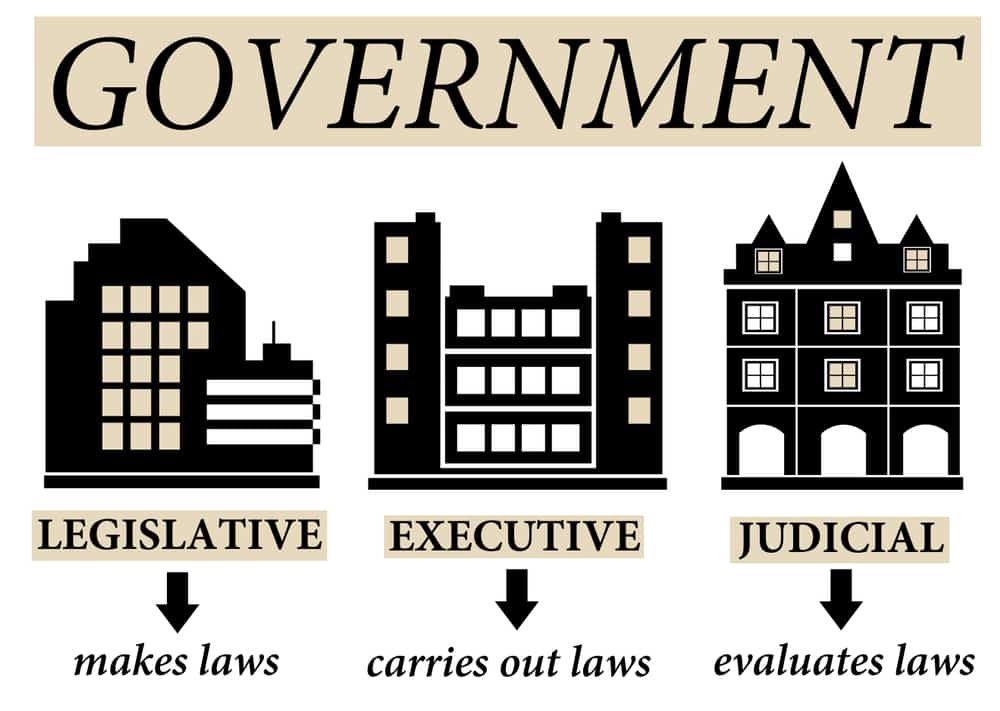 At the federal level, the executive branch refers to the branch of government that enforces laws and represents the country internationally and domestically.

The legislative branch was established to create the detailed legislation we rely on to maintain order every day.

This branch of the government contains both the House of Representatives and the Senate, collectively known as the United States Congress.

These representatives vote on legislation according to the will of the majority of the people in their district.

The Senate has two members from each state, despite the state’s population.

Every senator serves for six years.

The number of representatives each state gets can vary with new population data.

The federal judicial system, including the Supreme Court, examines the constitutionality of legislation and decides the highest and most influential cases in the country.

At this time, the Democrats have majority control over both the executive and legislative branches while Republicans have control over the judicial branch. 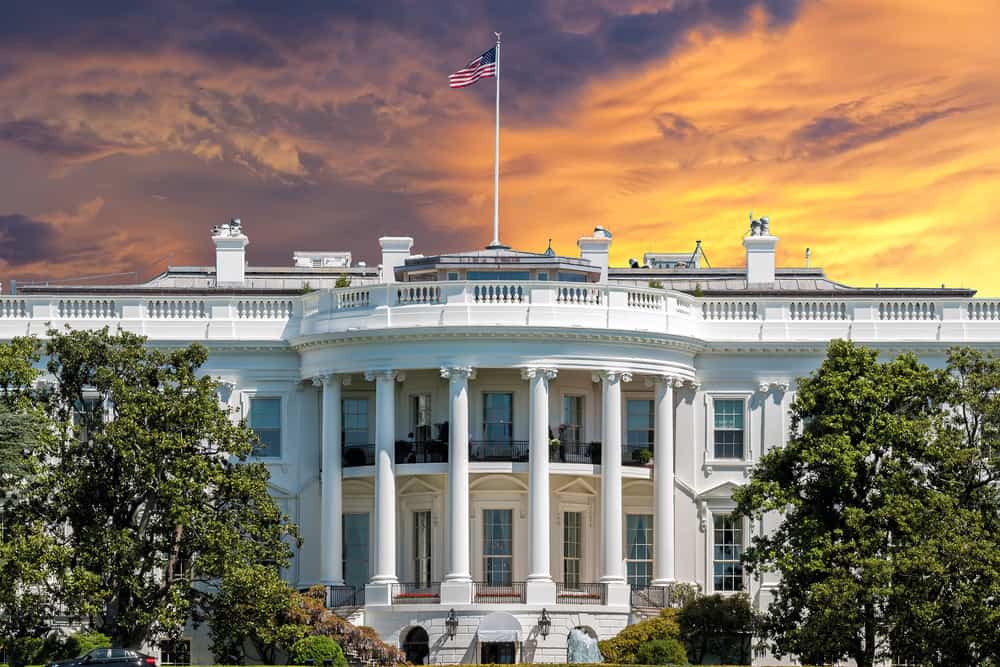 What happens if the roles at the top get shaken up due to a resignation, impeachment, or death?

To answer that, it’s important to understand the hierarchy of the U.S. Government.

This explains the line of succession from the president down, also coordinating with the amount of power each role possesses.

However, this only applies to the presidency.

What Happens If The Vice President Gets Fired Or Steps Down? 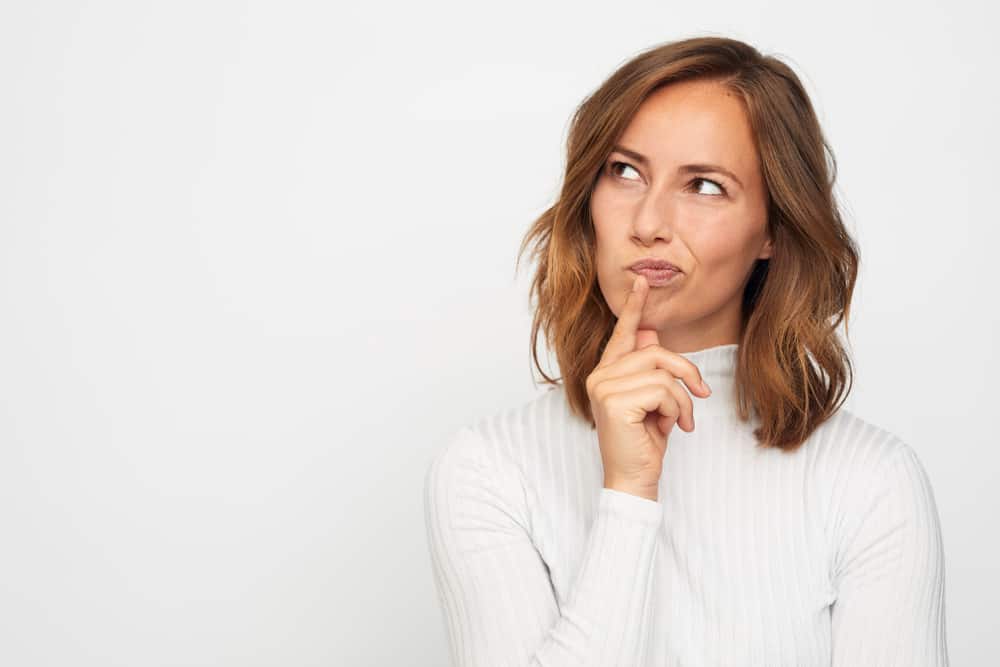 In the case that a vice president cannot hold the office effectively, the president will nominate a replacement.

They will then present the nominee to Congress who will vote on whether they approve or not. 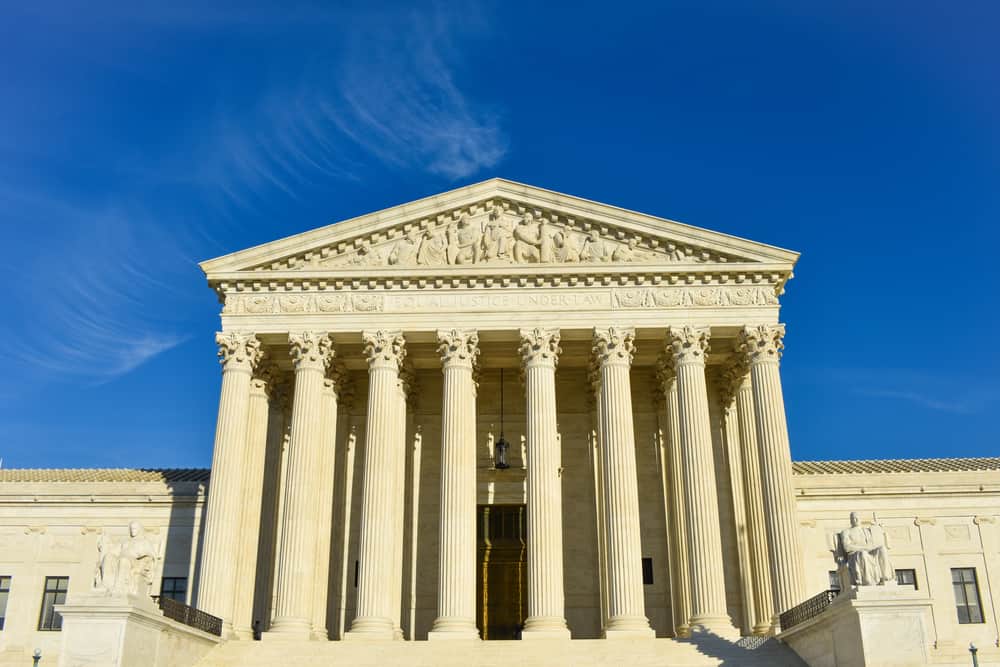 The President of the United States can veto laws presented to him by Congress.

The President can also issue an Executive Order that bypasses a majority of the red tape required to make something a law.

This fast-track method doesn’t require the legislative and judicial branches to sign off before it comes into effect.

Even if the president vetoes a law, Congress can come together to override the veto.

The legislative branch of government has the power to approve any presidential cabinet nominations, and it can impeach the president if necessary.

Most importantly, Congress can suggest and push through amendments to the United States Constitution.

We currently have 27 amendments to the Constitution.

The president nominates members to the Supreme Court for a lifetime appointment.

This appointment must be approved by a vote in the Senate.

The Supreme Court Justices have the power to proclaim the constitutionality of action taken by the president and Congress.

If the Supreme Court declares a piece of legislation or action unconstitutional, they can reverse the law. 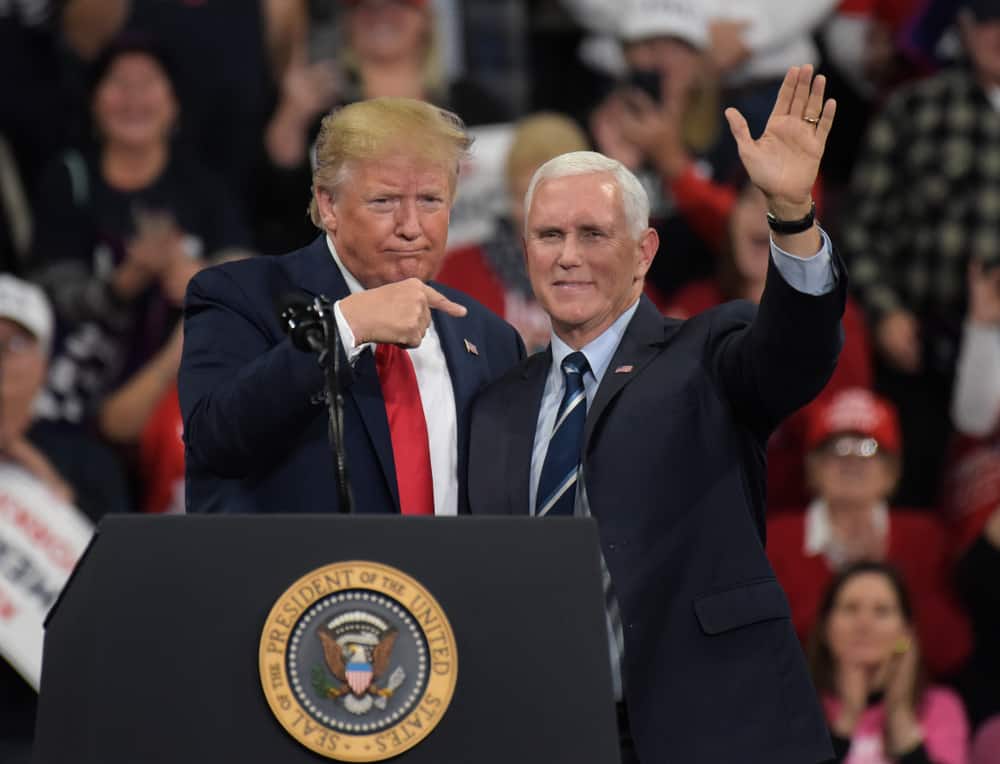 One would assume that, since the president (usually) picks the vice president, they like the person.

However, not all president and vice president pairs meshed well together.

Thomas Jefferson helped write the Constitution, but his turn at the presidency started off on rocky ground after a contentious election between him and Aaron Burr (the same guy who killed Alexander Hamilton.

You might have seen a musical that touches on the subject.).

Thomas Jefferson came out on top but imagine the awkwardness when he learned that Aaron Burr would be his vice president.

Voting worked a little differently during the 1800 election.

Instead of the president and the vice president running together on one ticket, candidates competed against each other for the role of president.

The person with the most votes became president.

The person with the second most votes became vice president.

Jefferson isolated Burr and ignored his suggestions and cabinet nominations.

Burr quietly completed his term and moved on to fail horribly in other political roles thanks to the influence of Alexander Hamilton.

After the infamous duel, Alexander Hamilton gives Burr one last kick in the rear by making him a social pariah, forcing him to leave the United States.

Clinton would go on to serve as vice president under President Madison as well.

Andrew Jackson had a violent reputation, having participated in as many as 100 duels, and he wouldn’t spare his vice president Calhoun when they didn’t see eye to eye on things.

In Calhoun’s mind, the tariffs penalized the Southern states far more than the Northern states.

Andrew Jackson didn’t think it was unfair and supported the financial gain of the government through the tariffs.

When Calhoun threatened to secede from the United States, Jackson famously told Calhoun that if he tried to secede, he would secede his head from his body.

While possibly just a threat, Jackson proved his fighting ability time and time again, so Calhoun probably took the threat quite seriously.

Both men started out campaigning against each other until Kennedy realized that having Johnson on his team could help him win a challenging and uncertain election.

The high-brow Kennedy from the prestigious family line filled his cabinet with intellectuals.

The more relatable Johnson suddenly found himself not relating so well around the Ivy League group, leading to public arguments with the president and his brother, Robert Kennedy.

Due to the poor treatment by the Kennedy clan, Johnson didn’t demonstrate the best social grace when taking over as president after Kennedy’s assassination.

When he picked Michael Pence as his running mate, many people thought that the two made an odd pair.

Pence upheld some different beliefs than Trump, yet Trump mostly agreed with Pence’s more conservative stances on topics like abortion.

As Pence automatically defended the president publicly, the true expectations of the role became exceedingly clear.

While sticking to very careful language, Pence voiced his opinion about the Muslim Ban being unconstitutional.

He also said he didn’t agree with Trump regarding the riot at the Capitol Building.

Finally, Pence came out to shut down any questions as to whether he supported Trump’s claims of voter fraud and a rigged election.

Pence stated that he stood by the election results.

Can The President Fire Cabinet Appointees? 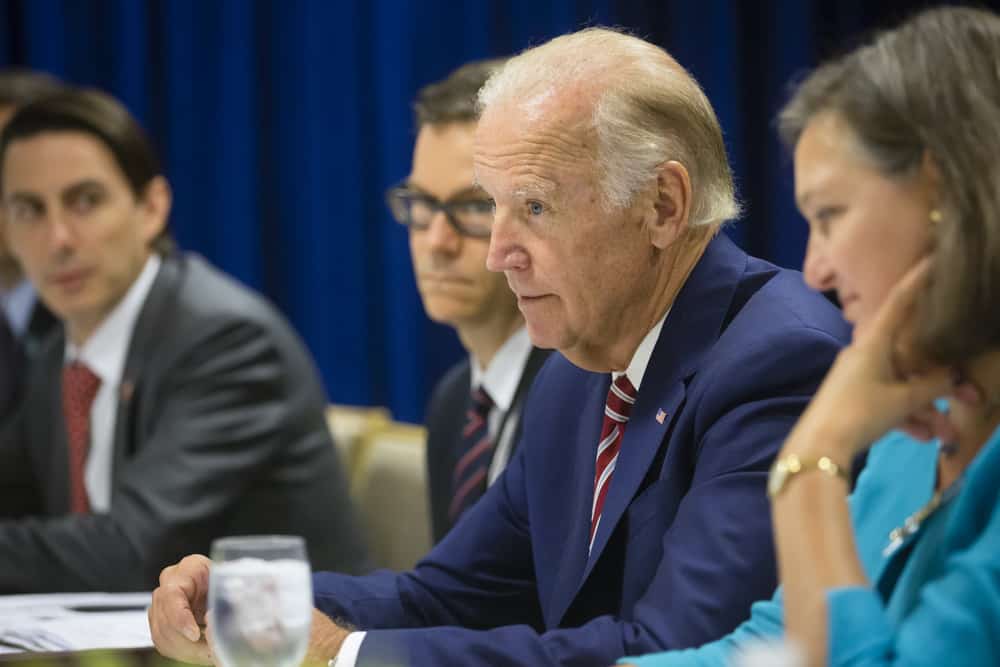 The president gets the opportunity to create a team, or cabinet, of political experts to advise him to make weighty day-to-day decisions.

The 15 cabinet members include:

Since the president hired the staff, and the staff didn’t earn the position as the result of a public election, the president has the authority to fire and replace cabinet members as he pleases.

Of course, some may argue that constant firing of your own team demonstrates a lack of professionalism and agreeability, so the president should make cabinet changes sparingly due to the risk of looking like a loose cannon.

There are not very many restrictions at all when it comes to the cabinet members.

People can place their family members, foreigners, and people with no experience in the position. 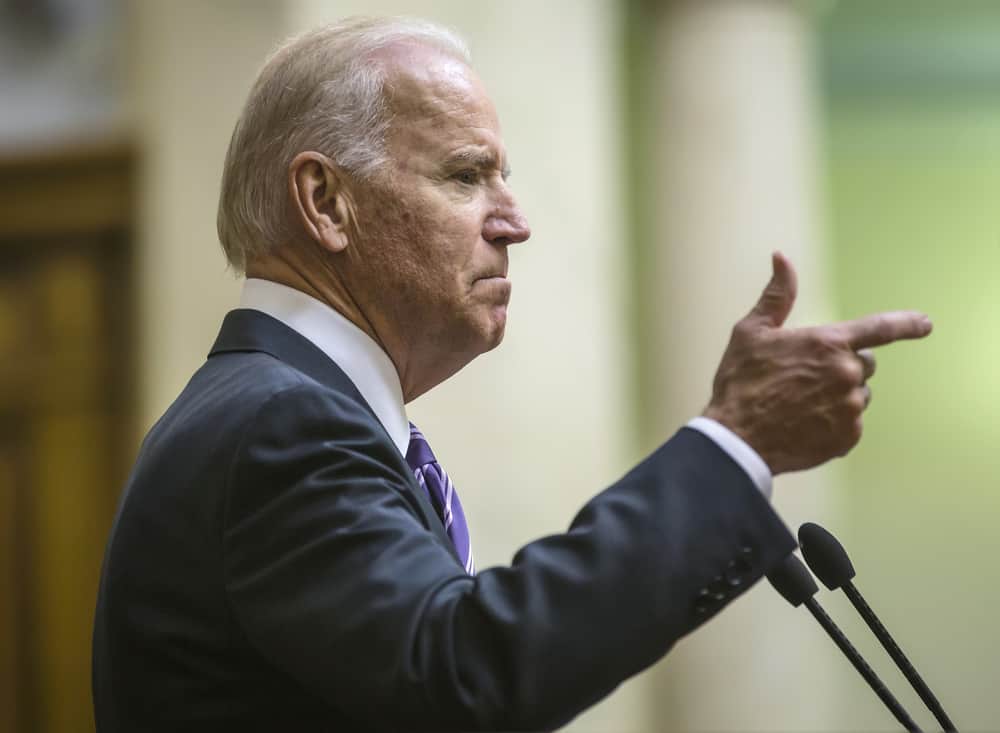 The vice-presidential nominee must meet the following Constitutional criteria:

These basic requirements help ensure that the person elected as vice president understands the American experience by working and living on American soil and driving our highways and paying our taxes.

After a candidate meets the following criteria, the president can choose anyone he pleases as long as they don’t hail from the same state.

This means that the president can select his wife, husband, son, or mother as vice president.

Electing a family member with no experience may rub people the wrong way and lose a presidential hopeful the election, thus making the move inadvisable in most scenarios.

How A Vice President Can Exit The Role 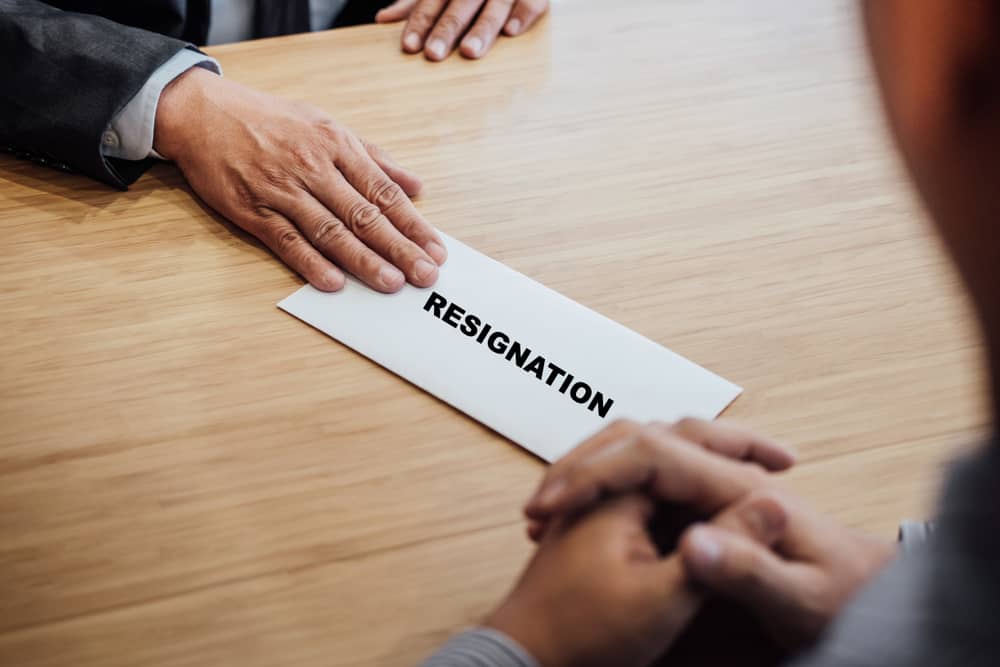 A vice president can face impeachment in the case of treason, bribery, and other high crimes committed to advance their place in the political arena and line their pockets.

No vice president has faced impeachment.

If the kitchen gets especially hot, a vice president may try to escape the kitchen by resigning and leaving their position.

Only Calhoun and Agnew resigned while vice president.

Calhoun left due to tension with Jackson regarding the slave trade.

Agnew left to avoid scrutiny as a result of his involvement in the Watergate scandal.

If a president can’t fire a vice president, they may do their best to make life as miserable for them as possible so that they resign.

Many politicians will use public opinion to crucify their target in the eyes of the people, forcing them to resign.

No vice president takes the position thinking they won’t survive to the end of their term, but it happens.

See the following list to learn the vice presidents who died in office: 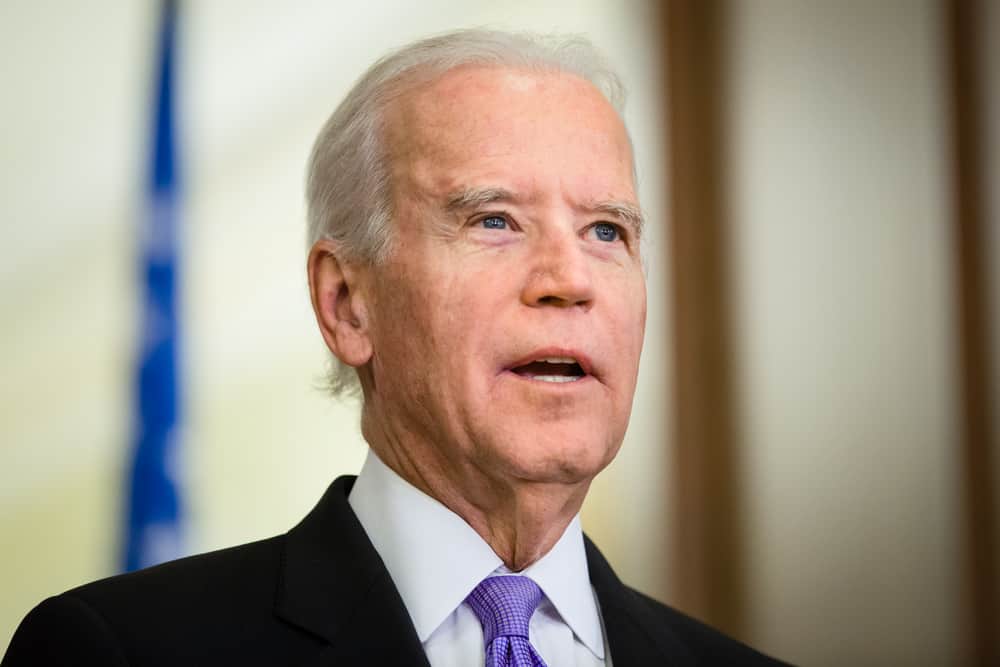 Some vice presidents embrace their role in the government and aim even higher for the presidency.

It makes sense that vice presidents can convince people they have what it takes for the job.

They acted as second in command for four years, observing and learning.

Plus, people know their name, which is sometimes all a voter needs to make a decision.

This is the list of vice presidents who went on to become president:

Many of these presidential promotions only occurred as a result of the unexpected death of the sitting president.

Can The President Fire The Vice President? (Everything To Know)