You are here: Home / Sports / NBA / Can The Lakers Trade Russell Westbrook? 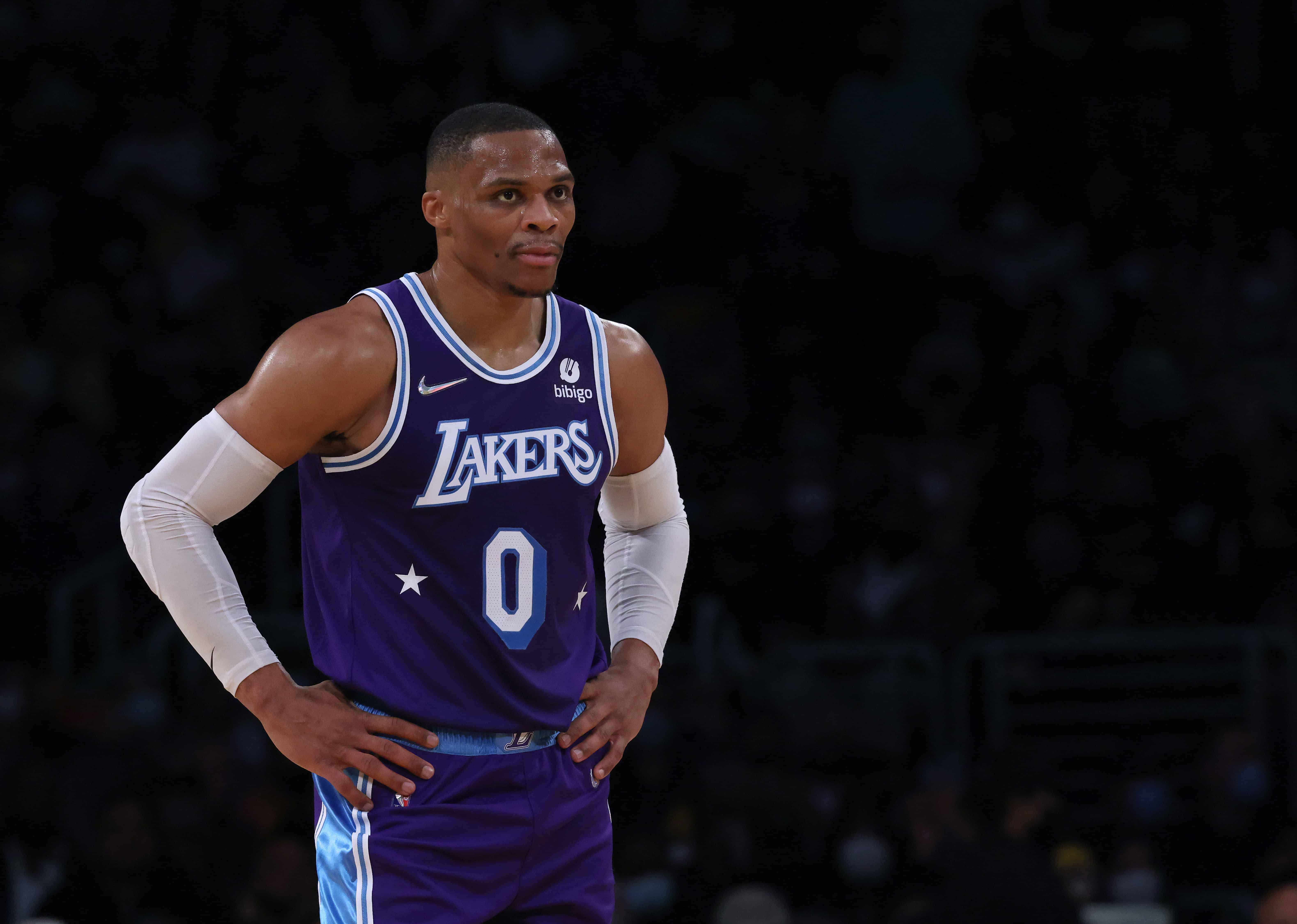 Even though he has gotten better since the beginning of the season, Westbrook is still receiving harsh reviews from Lakers fans who feel that he’s just not delivering.

The fanbase has soured on Westbrook and, according to some rumors, so has the Lakers’ front office.

The Lakers should explore every possibility to trade Russell Westbrook. Russ will never win a championship with this aloof defense. Not to mention his reckless shot selection. And it's been happening his whole career, even in big moments of playoff games. Russ will never change. https://t.co/fxQLhPwr1X

That means that a Westbrook trade is now more likely than ever.

However, the question remains: can the Lakers actually trade Westbrook?

Are there any teams willing to take on his inconsistency – and hefty contract?

It needs to be said that Westbrook is one expensive NBA player.

In fact, he’s one of the league’s highest-paid players, earning $44.2 million this season with a player option for $47.1 million next season.

A team that is looking to land Westbrook would have to send LA a lot of money and value, which makes a trade far less likely.

Perhaps a team would be willing to shed that sort of cash on Westbrook if he was doing a lot better but the truth is that he’s lacking in some major ways.

Westbrook is currently producing 19.6 points, 7.9 rebounds, and 8.1 assists a game but it has taken him a long time to get there.

And the turnovers have been problematic, to put it gently.

Westbrook is now averaging 4.6 turnovers a game – still a painful stat but better than the average of five that he was creating earlier in the season.

So which NBA team would want to spend that sort of money on someone who is a mixed bag?

Yes, Westbrook has improved his shooting and his assisting and is landing triple-doubles often but he’s just not doing good enough work to be worth upwards of $40 million.

No One Needs A Point Guard

One of the other big problems with a proposed Westbrook trade is that, beyond the cash required, few teams in the NBA need a point guard.

Perhaps the most important position in the current basketball climate, almost all squads in the league have the PG role covered.

Therefore, there aren’t many front offices longing for a point guard – especially one with Westbrook’s price tag.

For a second, it seemed like maybe the New York Knicks could find Westbrook attractive, but then once-benched Kemba Walker came back to life and proved he should have never been pulled from rotation in the first place.

If the Lakers are truly desperate to get rid of Westbrook, their best hope lies in John Wall and the Houston Rockets.

Both Westbrook and Wall have nearly identical salaries and were ironically traded for each other before.

Plus, Wall has been on the bench all season as the Rockets have focused on their younger roster.

But why would the Rockets entertain this trade proposal: another inconsistent guard with a big contract?

POLL: If the Lakers and Rockets worked on a Russ/Wall trade, who would have to add something else to their offer?

If Houston moves forward with this proposal, they will likely ask for more than just Westbrook – you can expect other players such as Talen Horton-Tucker and Malik Monk to move away too.

At the end of the day, the Lakers would have a very, very hard time moving Westbrook away.

It’s not impossible but it’s not very likely.

The more likely outcome is that the Lakers are stuck with Westbrook – so they better do what they must to make this arrangement work.

1 Monumental Move The Suns Must Make This Offseason

3 Most Embarrassing Moments In Pacers History

Is A Full Reset The Best Move For The Nets?

Can The Lakers Trade Russell Westbrook?