You are here: Home / Cold Hard Facts / Can Professional Golfers Play In The Olympics? (Explained) 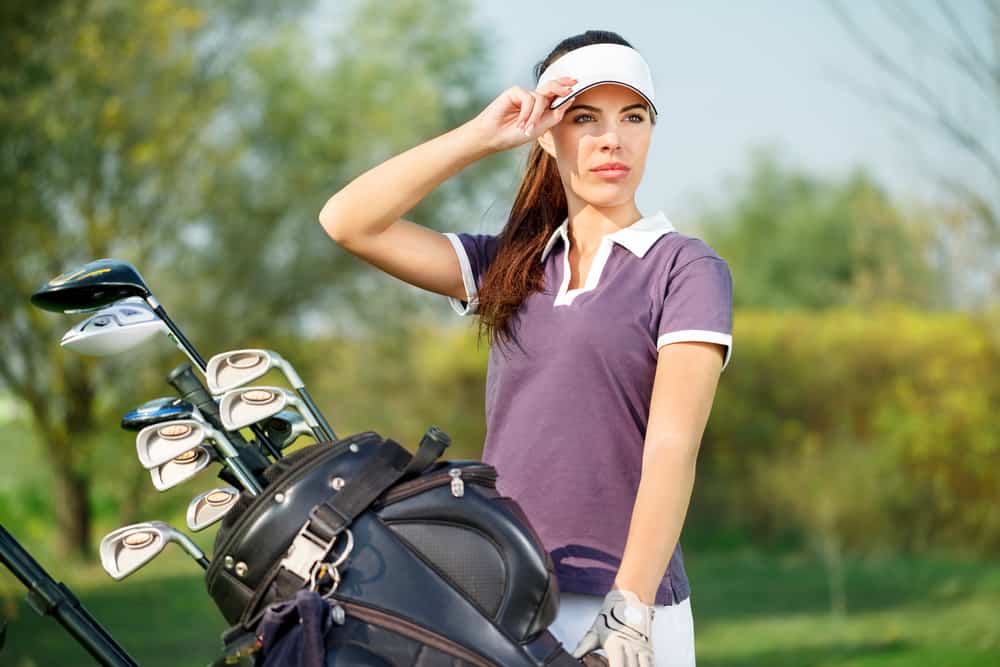 Golf is a unique Olympic sport.

It certainly doesn’t get as much attention as some of the other events in the summer Olympics like swimming or even track.

However, at the 2021 Olympic games, Zander Schauffle showed that he could win a gold medal in golf.

Winning a gold medal for golf is much different than playing in PGA Tour events.

This brings up the question of whether or not professional golfers can play in the Olympics and if this is something that can benefit their careers.

Can Professional Golfers Play In The Olympics 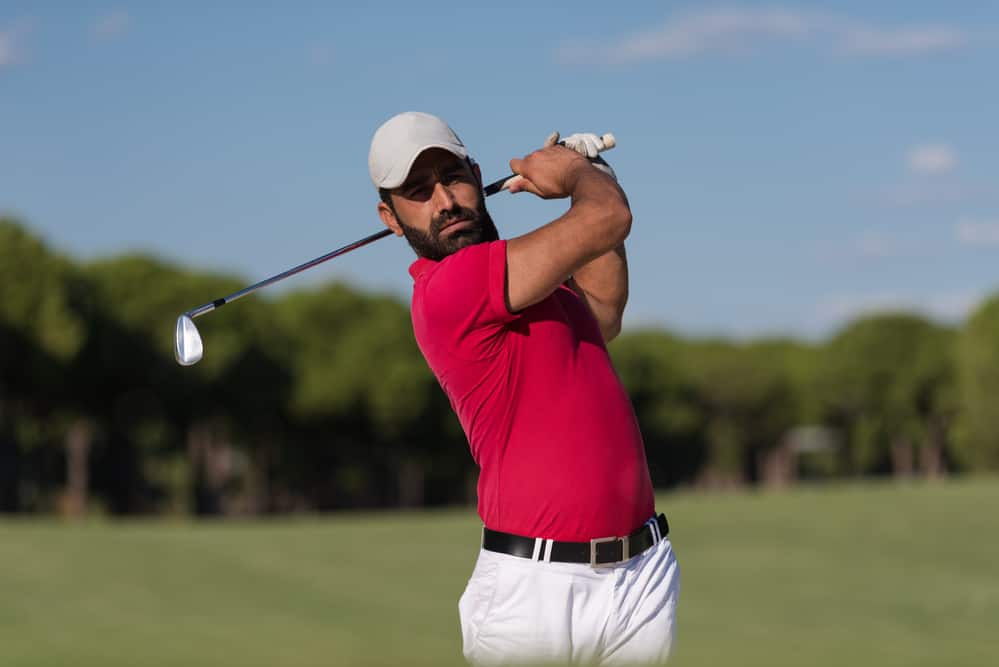 Professional golfers can play in the Olympics.

The Olympic committee will look at the rankings of golf professionals, which are very similar to the World Golf Rankings.

There are a total of 60 men and 60 women that get to compete in an Olympic game.

The first 15 golfers of that 60 will qualify for the event.

Individual countries will have qualifying events that are outside of the world rankings.

One of the interesting things about this is that no country is allowed to have more than four golfers represented in the event.

If you thought it was hard for a PGA Tour player to make the cut at an event in the US, think about becoming one of only four golfers to go to the Olympics.

With Japan being the host country for the 2021 Olympic games, they will automatically get two spots, even if that’s not exactly how the Olympic Golf Rating would have played out.

Countries that have two strong players in the top 15 of the rankings will not be permitted any more players.

The idea here is to get a diverse and rich field of golfers and not have it so a single country is just going to dominate the play.

How Is Golf Played At The Olympics? 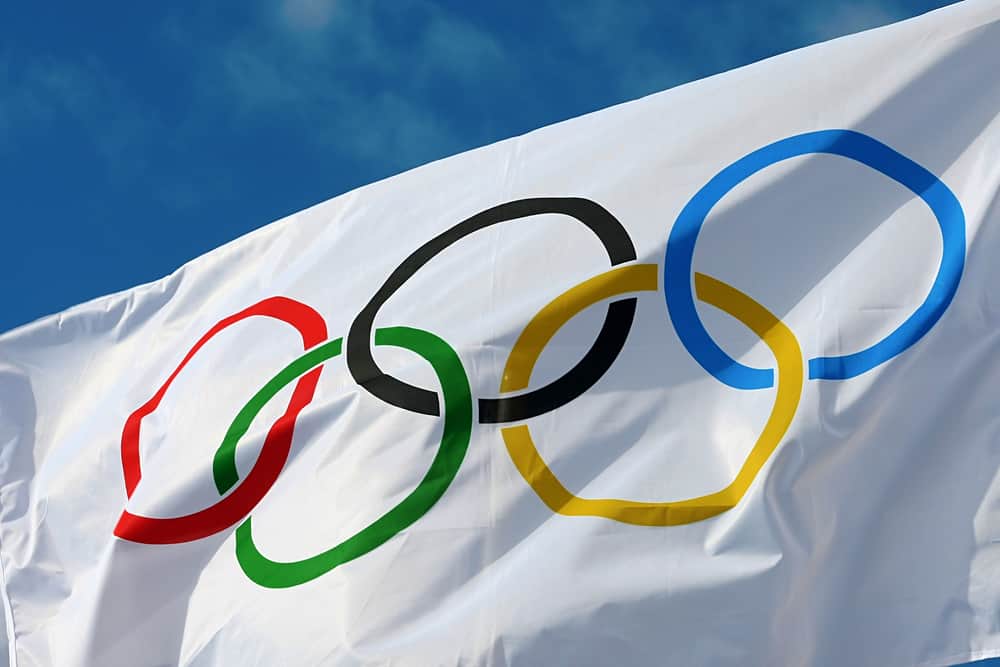 Golf at the Olympics differs slightly from a typical PGA Tour event.

In this event, there are 72 holes, and there is no cut.

The cut is only for when there is a really large field of players and cutting it down to a smaller group for the weekend makes more sense.

Since the Olympics does quite a bit of narrowing before they even start the event, there are only 60 players, and they are permitted to play the entire event.

At the end of the 72 holes, the lowest scoring golfer is considered the winner and takes home the gold.

There are playoffs in the situation of any ties so that there is just one winner of each medal.

With golf having the chance to be a tie for a wide range of players, this is an integral part of ensuring the guidelines are clearly laid out for players.

Overall the general gameplay of golf at the Olympics is similar to what you watch weekly on the PGA Tour.

In addition, if you follow golf closely, you will notice that the field is filled with many of the same players you like to see compete week after week.

Why Do Some Professional Golfers Skip The Olympics? 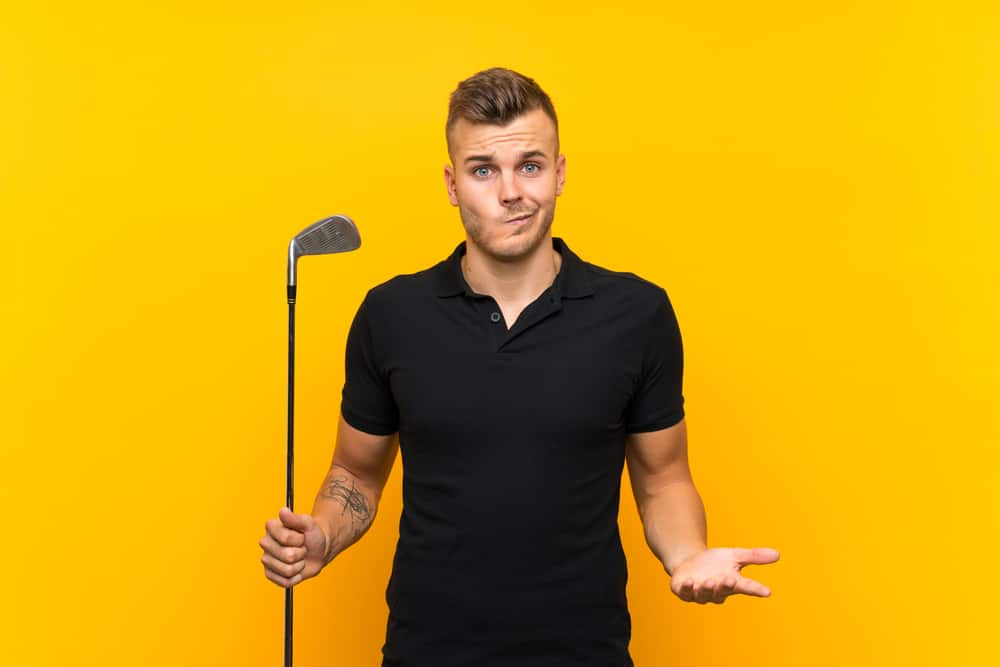 One of the big news stories in the Tokyo games was the fact that some players that made the cut and qualified for the Olympic games chose not to go.

This decision to skip the Olympics has some people wondering why professional golfers would not take this unique chance to represent their countries.

There are quite a few important reasons golfers choose not to do the Olympics, and they should be considered before saying too much about these players. 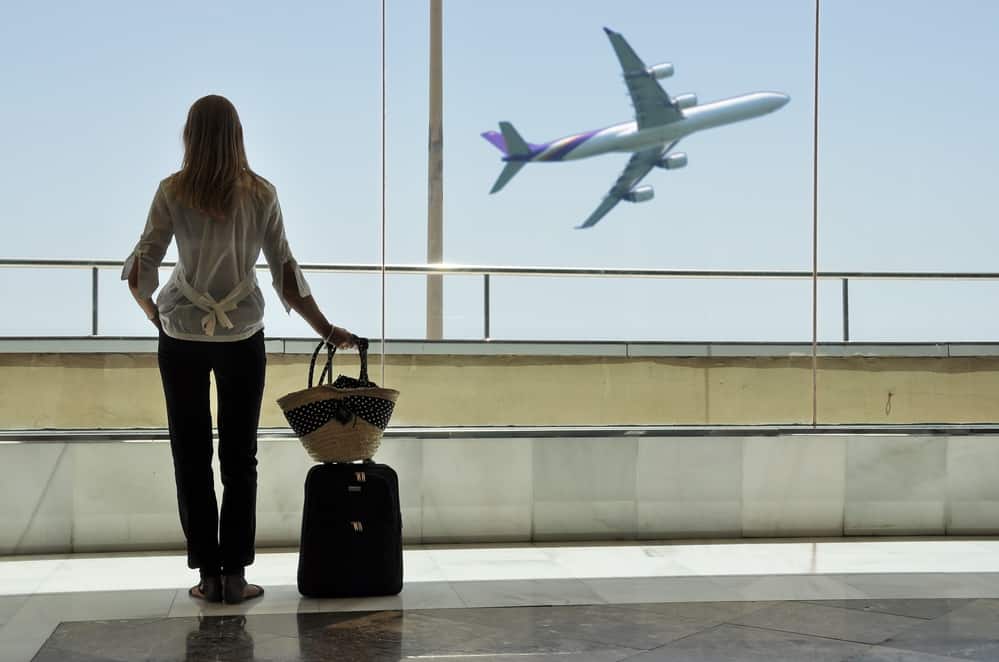 PGA Tour professionals are accustomed to traveling every week to get to their events.

However, when you have to travel to another country, the requirements are considerably more intense.

The fact that there are international flights that could take days to get to the destination is enough to make some players turn down the invitation.

Many professional golfers, will fly with their caddie, their agent, their families, and more.

Coordinating all of this for international flights to the Olympics is a major undertaking.

Luckily many golfers are still up for the challenge, especially the young ones still trying to prove they have earned their spot on tour.

It’s not easy for any athlete to get to an Olympic game, and you must consider how tired the PGA Tour players already are with the traveling they must do every week. 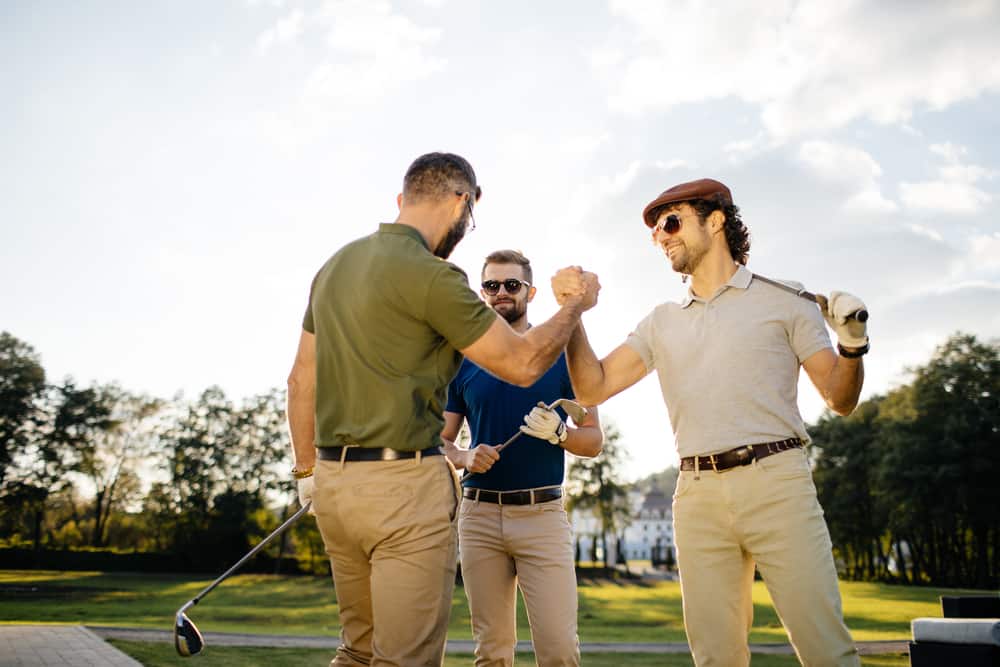 Winning an Olympic gold medal for your country is a tremendous accomplishment.

Unfortunately, since golf is relatively new to the Olympic games, it is not looked at as quite as big of an accomplishment.

As far as history is concerned, golfers are aware that it’s a big deal to win a gold, but this event has nowhere near the prestige or excitement that something like the US Open or Masters may have.

This is something that will likely change as golf continues as an Olympic event and interest in it grows.

It’s not really about the Olympic committee or the broadcasts not giving golf enough attention; it’s more about the fans.

Fans take a while to catch on to things, and it will probably be a few more Olympics before golf catches on.

The host country and whether or not this is a popular sport there will also impact how many people are interested in the Olympic games.

The next golf event in the Olympics will be held in Paris, France, in 2024.

This is a bit of a more accessible travel destination for some professional golfers, so there could be a chance that we see more excitement on the part of those that qualify and a very strong field in France. 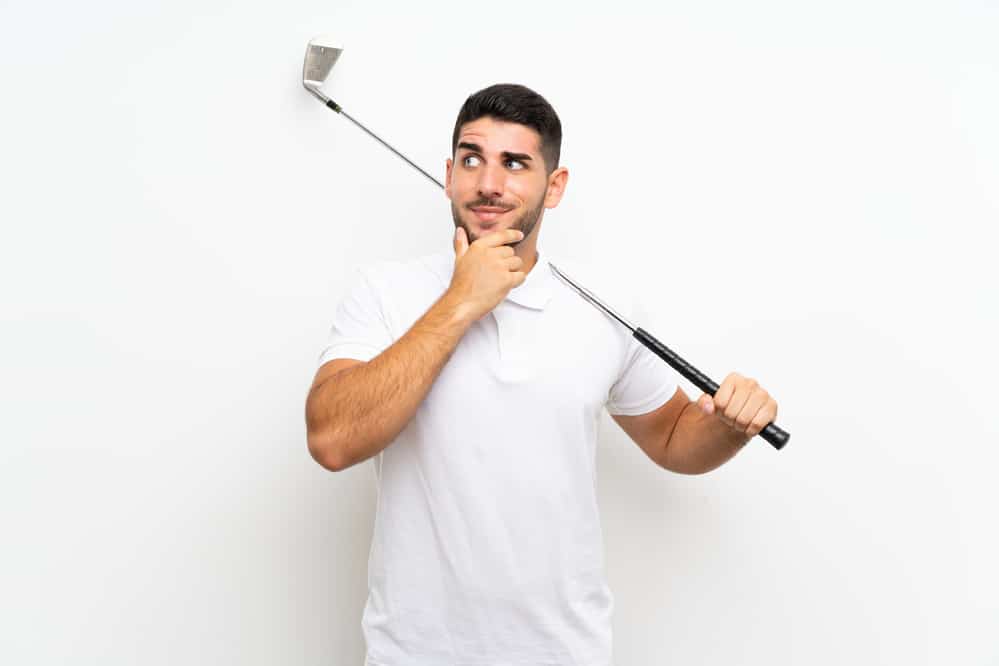 A professional golfer is essentially running a business.

Their business is a tough one to run, with many moving parts and many people involved.

The decision to play in the Olympics has to come down to business.

Can the player afford to take time off and travel to the Olympics?

Is this the best move for their sponsors and all of those involved that support their game?

Will the Olympics help them get their business to the next level?

It’s not as simple as playing in every event these golfers qualify for.

In fact, they would be completely exhausted and potentially play poor golf if they were playing in an event week after week.

Golfers need to assess what their goals are in their golf career and whether or not the Olympics fits in with those goals.

This business decision is not an easy one to make because there are many factors involved.

Typically after qualifying, a PGA or LPGA Professional will talk this over with their team, look at their schedule, and game plan to decide if this is a smart move.

4. Preparation For Other Events 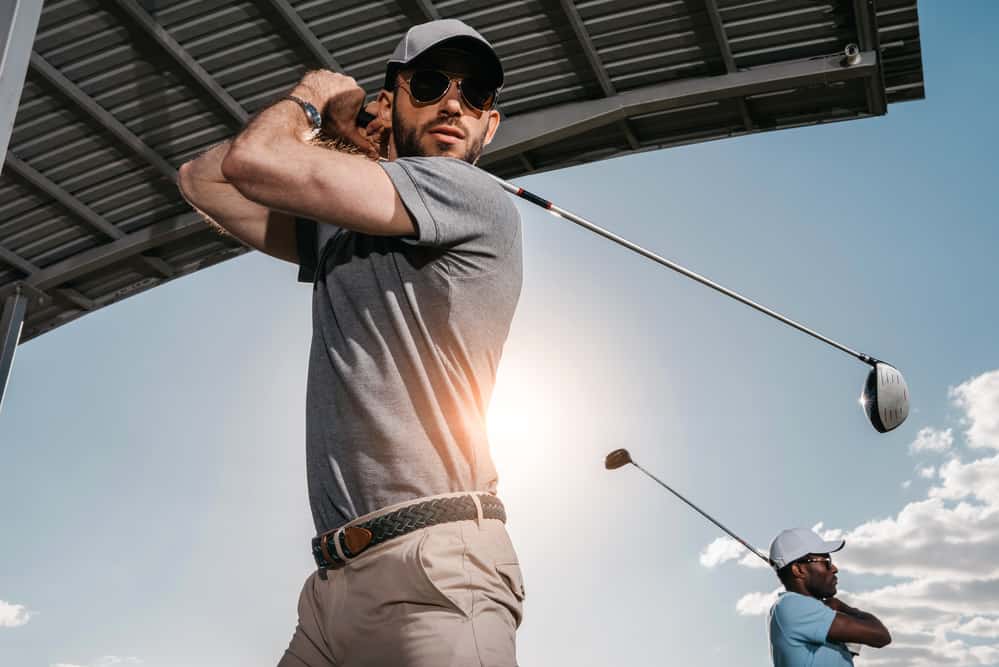 When professional golfers first make it to the PGA Tour, they need to work hard to make the weekend and ensure they are making money.

It’s extremely competitive out there, and you will see young professionals working hard to play in as many events as they can.

Playing in more events gives golfers more chances to make money and get that first win.

However, as golfers establish their presence on the PGA Tour, they often slow their schedule down completely.

Players look at events that they have the opportunity to play in throughout the year, and they pick and choose which are the best for their game.

This could have to do with personal goals for winning majors or golf courses that are pleasing to them.

Some players will sign up for all of the events that are more local to them and leave those that require extensive or difficult travel.

In between the events that golfers sign up for, they have to prepare for each one.

The way the golf schedule works, there is just not much time for preparation.

This is why some golfers will pass on the Olympic games.

If they are very strict about their goals and the events they are playing in that year, the Olympics just may not fit in the schedule. 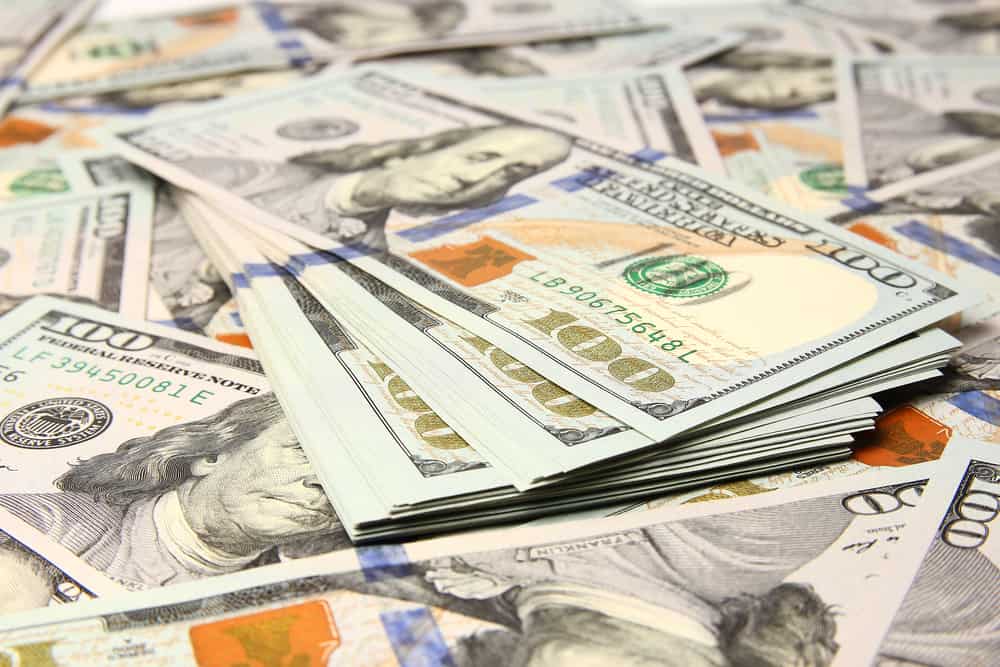 It’s a shame to think that money comes into this decision, but it most certainly does.

Golfers are out there each week trying to make a living and afford the lifestyles to which they have become accustomed.

When playing in the Olympic games, there is no guarantee of money.

Players that make the cut for the weekend at a PGA Tour event will at least make a little bit of money.

However, at the Olympics, only the medal winners earn money.

The gold medal will give a golfer close to $40,000, but this is nothing compared to what they usually earn on the PGA Tour.

Players that are still in the stage of their career where money matters will have a hard time traveling to an Olympic game for the chance to win $40,000.

This is why you will see those competing at the Olympics are the golfers that have already established themselves and are now trying to earn fame and notoriety, not money.

How Long Has Golf Been Part Of The Olympics? 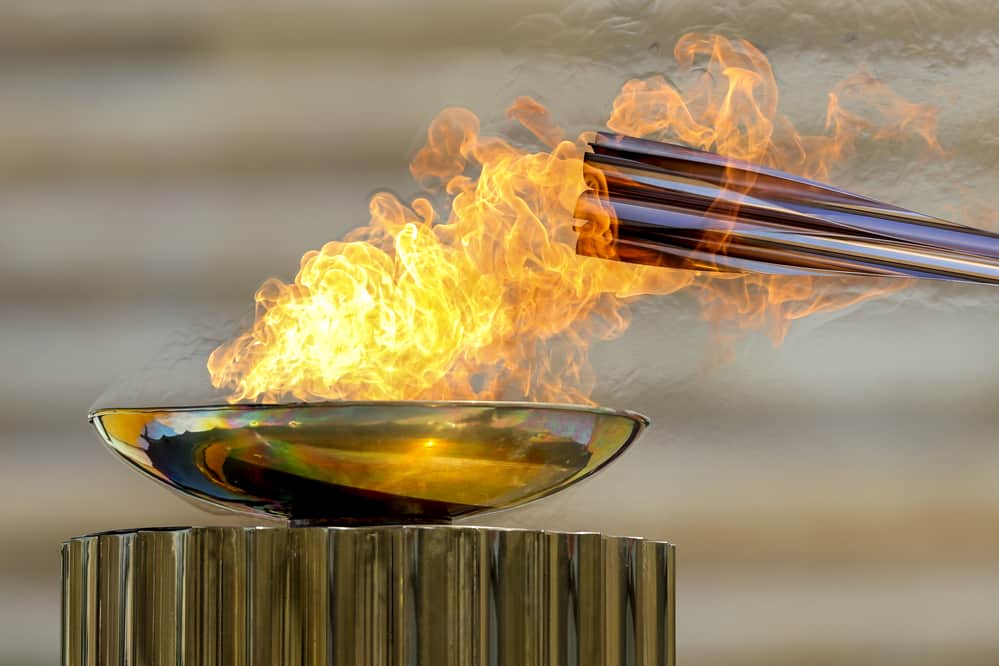 Golf was originally introduced at the Olympic games in 1900.

However, throughout history, the game was not really a part of the Olympics, and it was only brought back in 2016 at the Rio Olympics.

Golf was also part of the Tokyo Olympics in 2021.

Watching golf at the Olympics is not quite as entertaining as the quick events that give us a clear winner within a matter of minutes.

It’s going to take some time for golf to earn the same prestige in the Olympic games that it has on the PGA Tour.

As you can see, you do not need to be an amateur golfer to compete in the Olympic games.

Golf and the Olympic games have a long way to go though, and until we see its popularity grow, it’s going to be hard to encourage more PGA Tour players to travel to the Olympics.

Winning a gold medal should be looked at in the same way as winning a major tournament on the PGA Tour, but we are not quite there yet.

It will be interesting to see how the game progresses at the next Olympic games in France.

Can Professional Golfers Play In The Olympics? (Explained)