You are here: Home / Cold Hard Facts / Can Golfers Have Tattoos On The PGA? (Explained) 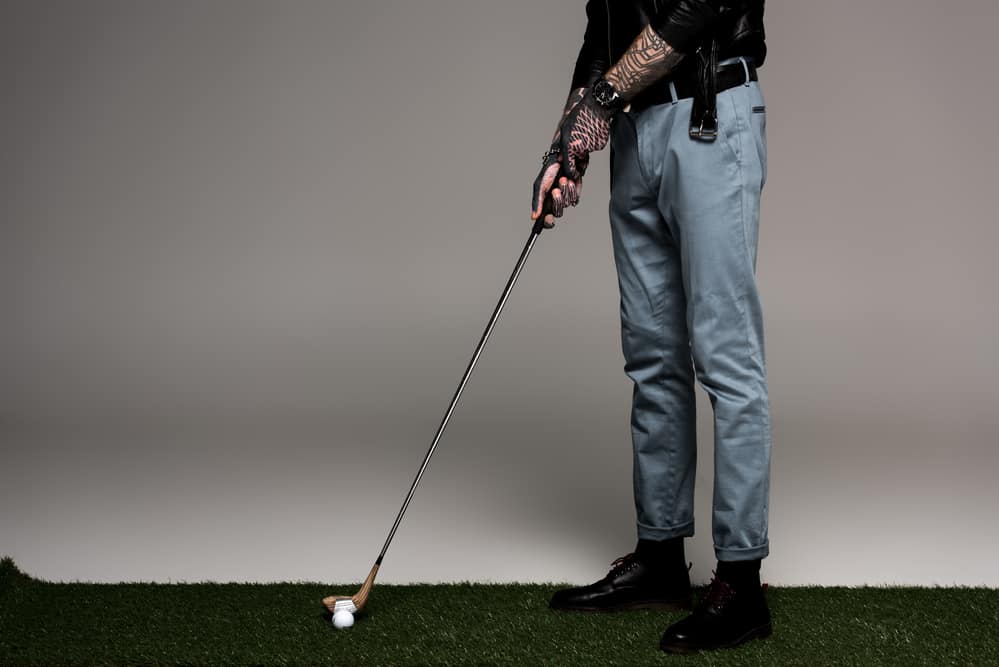 Golf has many strict rules when it comes to dress code and the way that players can look.

Since there are no uniforms in golf, it can be hard for the PGA Tour to enforce exactly what it is that players need to be wearing or how they should look.

Through the years, we have seen some unique golfers come through the ranks as well as some that did not care much about what the PGA Tour officials had to say.

One question that often comes up is whether or not golfers can have tattoos.

For the most part, when watching the PGA Tour players compete, you may not see very many tattoos.

There are a few reasons behind this.

Let’s take a more in-depth look into whether golfers on the PGA Tour can have tattoos and which players do.

Can Golfers Have Tattoos On The PGA? 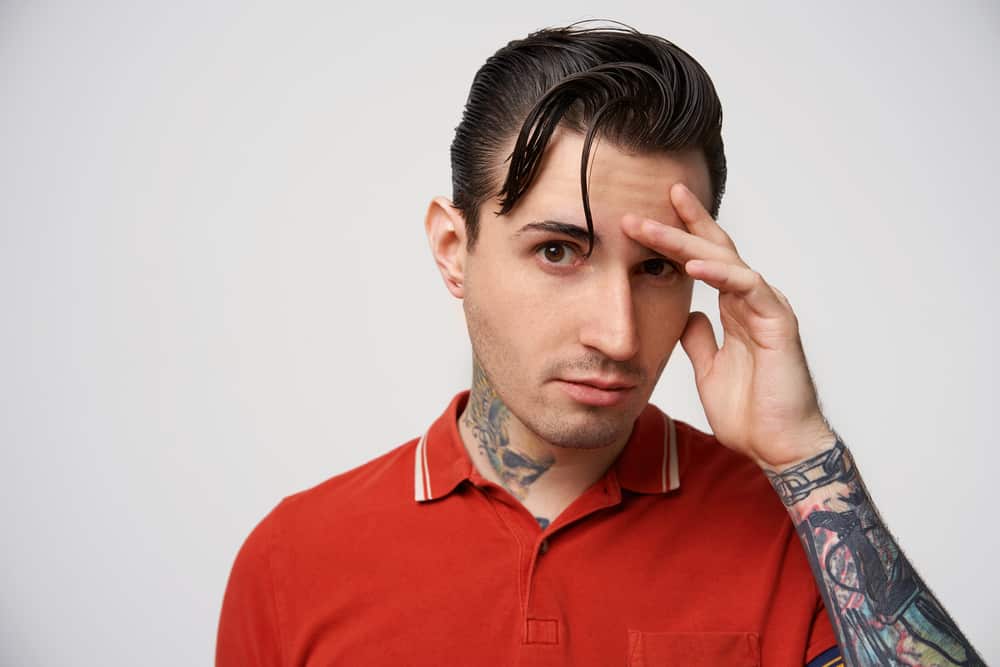 There is currently no rule on the PGA Tour that states that a golfer cannot have a tattoo.

In fact, many top players do have tattoos, and you may have seen them if you watch close enough the next time a PGA Tour event is on.

Although the PGA Tour tries to keep things as neat and clean as possible, they can’t decide whether a tattoo is a good or a bad thing for a player to have.

Many people who have tattoos have them for personal or motivational reasons.

The PGA Tour tries to support players and help them grow and create their careers.

They have to be careful in how restrictive they are because it could come off in a bad way.

At some point, you may see some restrictions for those who have tattoos, but for now, we think that is a long way away.

The interesting thing is that many of the players that you know pretty well do have tattoos; you just don’t always see them when they play.

Which PGA Tour Players Have Tattoos?

Dozens of PGA Tour players have tattoos, and of course, this information can change daily as some professionals decide to get more.

Here are a few of the most popular professionals with tattoos you will probably know. 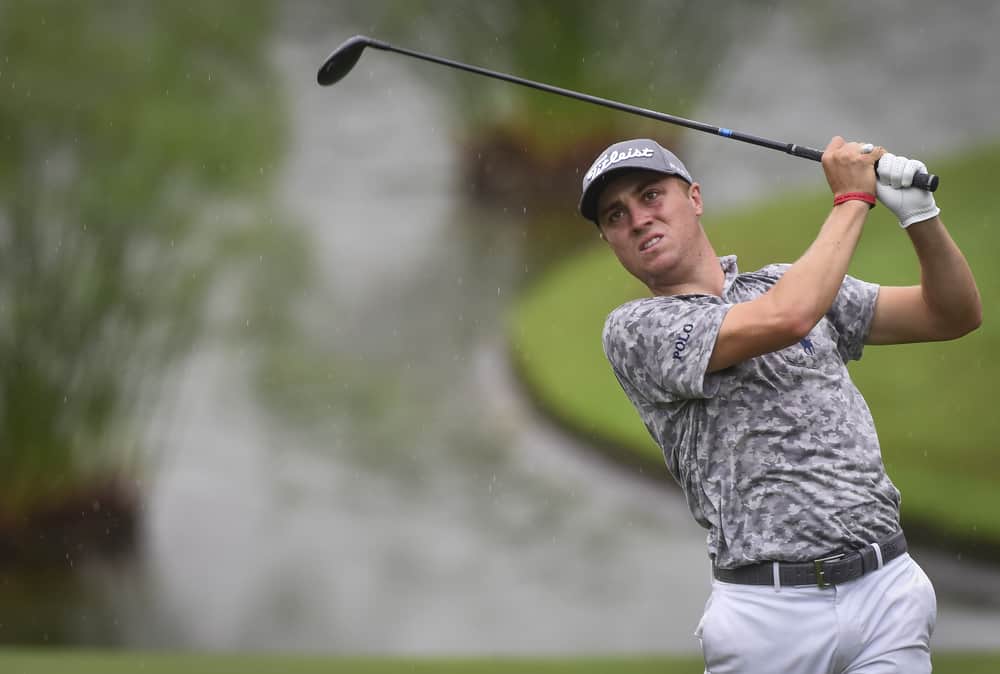 Justin Thomas is a family man.

He is very close with his parents and his late grandfather.

Thomas came from a good family, a golfing family, and they are all still very close as they support him on the PGA Tour.

Justin Thomas has a tattoo that is a signature on his arm, and it looks to be the signature of his late grandfather.

This signature tattoo is a very popular choice as the signature of a late relative is something that many people relate to emotionally.

Justin Thomas was very proud to win shortly after his grandfather passed away, and it is something that almost anyone who has lost a loved one could relate to.

He also has another tattoo under his elbow with the letter T.

We don’t know the full significance behind this, but it likely has to do with the last name of the family being Thomas. 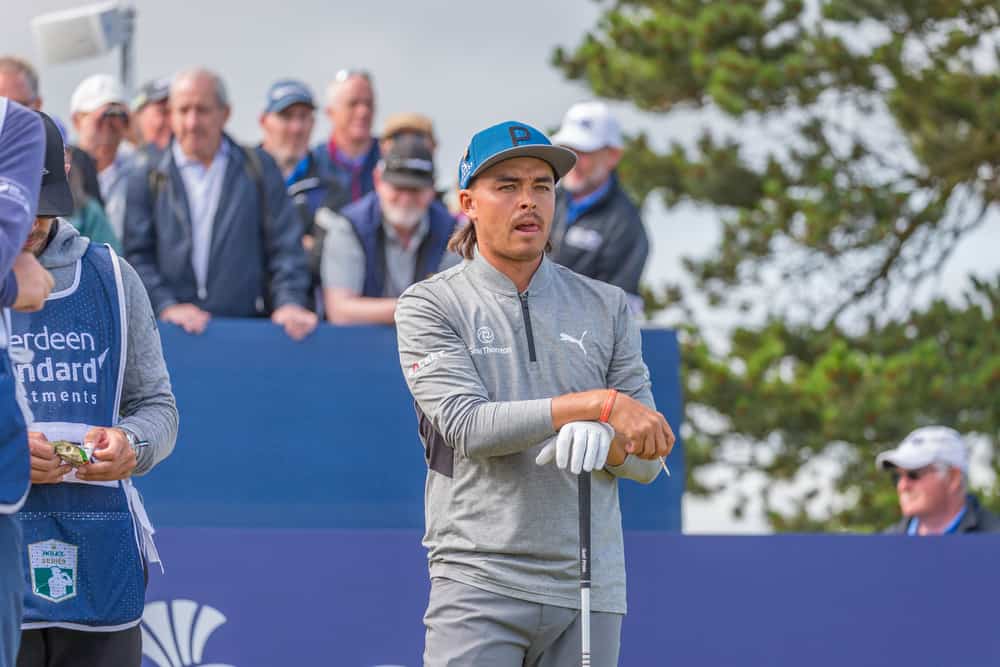 Rickie Fowler is a young and fun player to watch, and he certainly does things his own way.

He was not afraid to bring style to the golf course from the very first time he signed up for an event.

Fowler also has several tattoos, six to be exact, and even though many are not all that visible, you can sometimes see them if he is getting quite a bit of television coverage.

Fowler has some tattoos that are to honor family and one for his current wife as well.

There is also a tattoo on Fowler’s elbow to help honor a young girl with a rare disorder.

Fowler is not afraid to support the things that mean the most to him, and adding tattoos to his body is a way for him to do this. 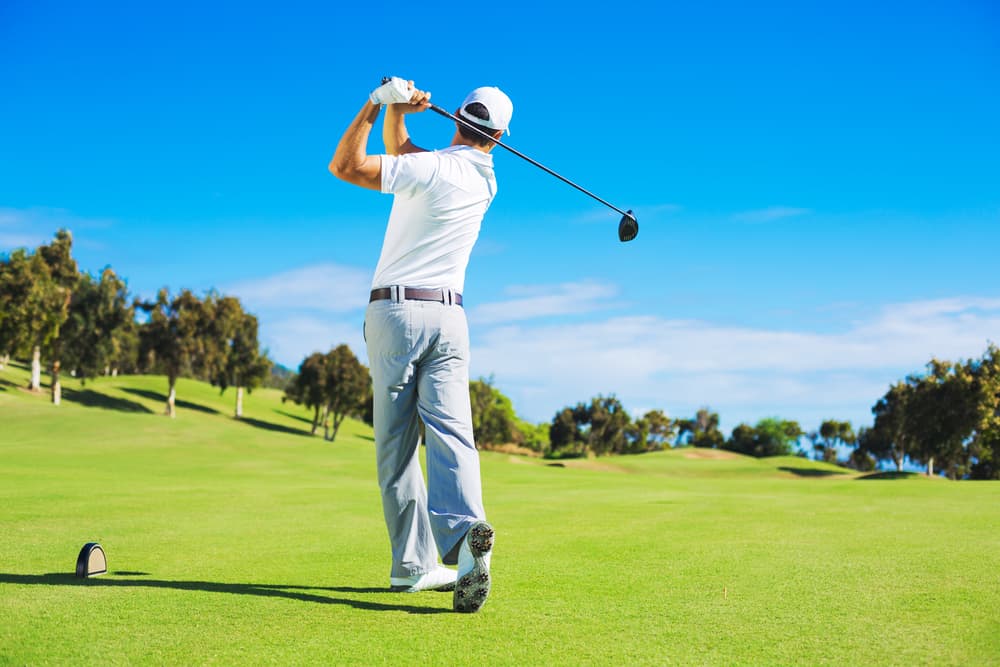 If you need some entertainment while following PGA Tour players, look for Max Homa.

Max has a great sense of humor, is a strong player, and has a good handle on life.

Homa has a tattoo that says “Relentless” on his wrist.

This tattoo is to remind him that if he wants to succeed, he needs to keep trying and keep pushing forward.

This terminology has strong meaning for him, and he has certainly used it to accomplish quite a bit on the golf course.

Max Homa is a player that is, without a doubt, relentless. 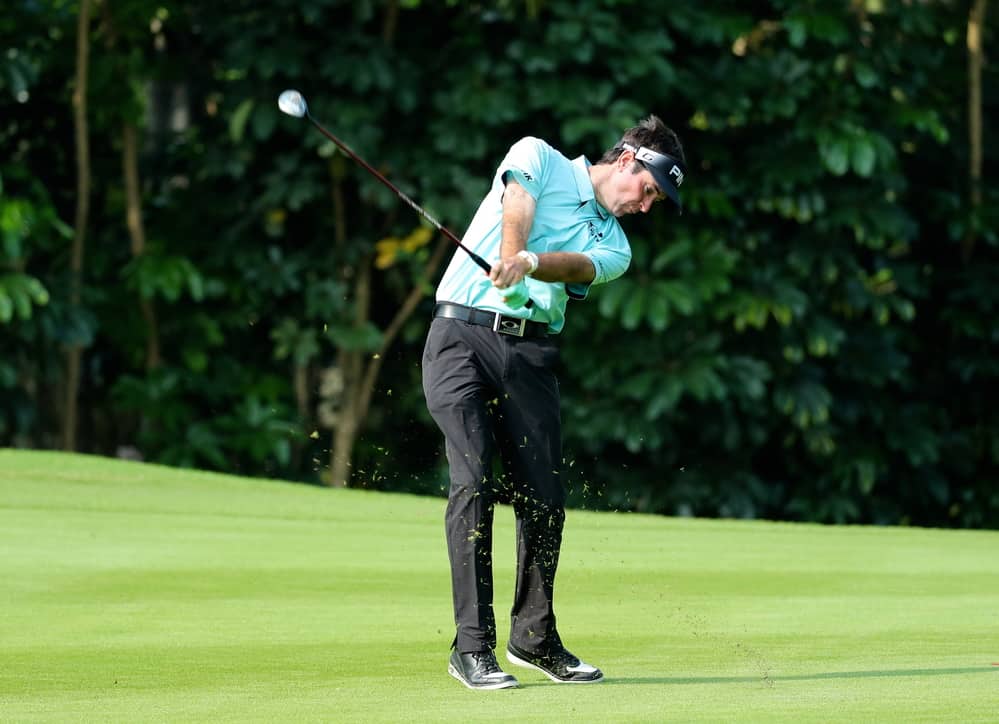 Bubba Watson may not seem like the tattoo type, but he is.

Recently, Bubba had his wife’s name tattooed on his hand where the wedding band would typically sit.

Maybe Bubba was tired of taking his ring off to play a round of golf, and this writing on the finger is a perfect way to show his commitment.

This tattoo is relatively small for Bubba, and it’s no wonder it hasn’t been seen much while watching him play on tour.

Why Do Most PGA Tour Players Not Have Tattoos? 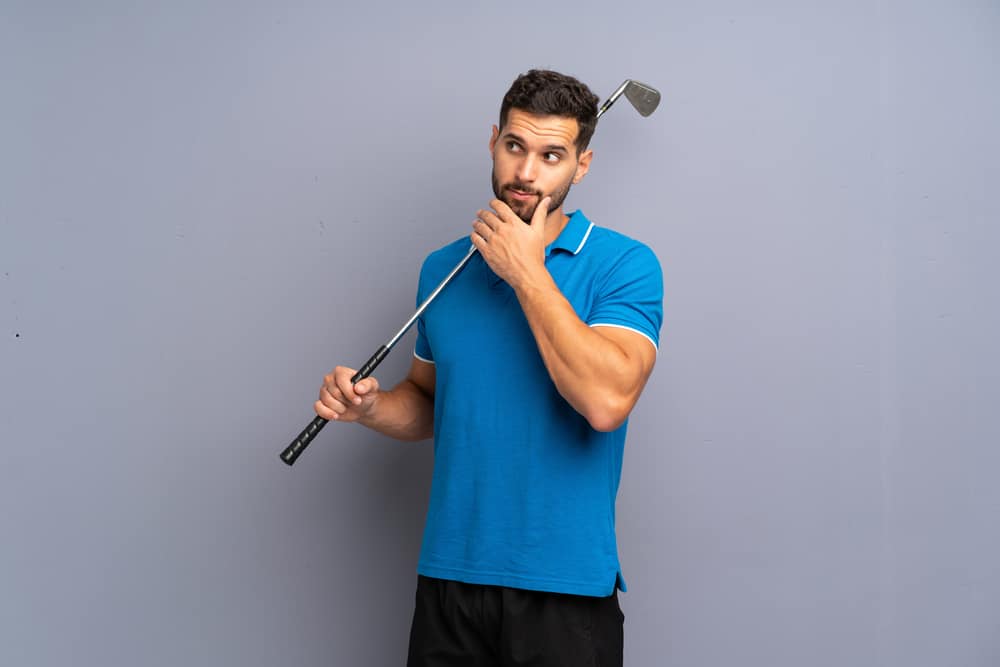 There are a few reasons that PGA Tour players may not have tattoos.

It’s certainly not a sport where you expect to see players with large tattoos in visible places.

This is what commonly leads to the belief that the PGA Tour is restricting tattoo use in some way, even though this is not the case.

1. Culture Of The Sport 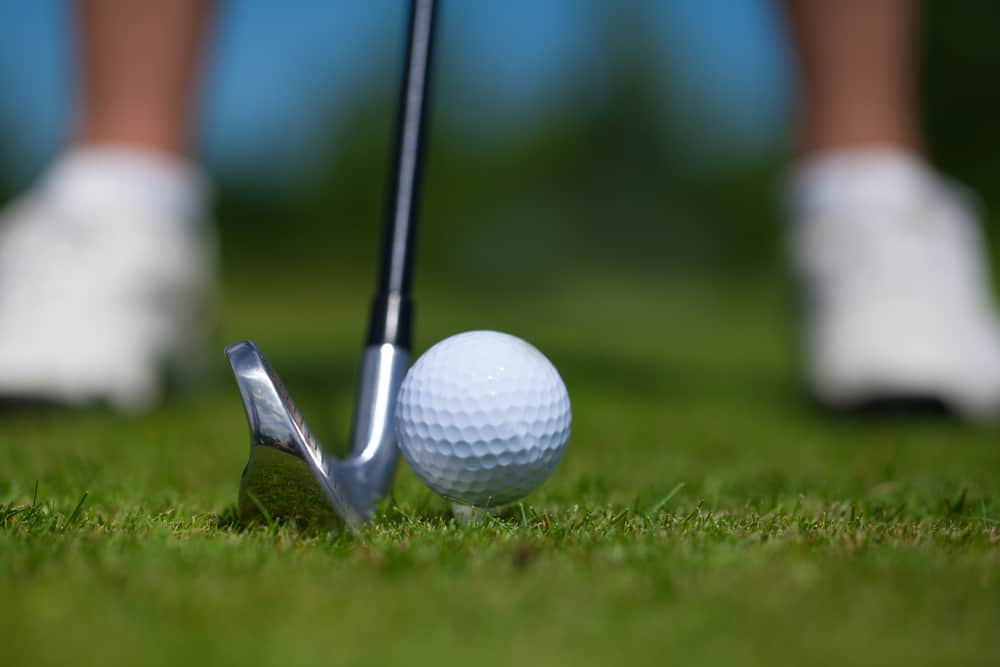 The culture of the professional golf world generally feels professional and respectable, and there was this idea that a tattoo will not fit in with that vibe.

However, in the year 2022, we would venture to say that most people are past this point.

Golfers that don’t get tattoos because they don’t think they fit in the sport should think more about what they want rather than trying to conform to other professionals.

Most golfers have been playing the game for many years.

This means they started when they were young and likely grew up at a private country club.

These clubs probably had different types of people, but likely very few that were covered in tattoos.

Growing up around the game, you simply aren’t exposed to as many people that have full tattoo sleeves, and it could influence a player’s decision to get a tattoo.

Most golfers care quite a bit more about a player’s ability to hit great shots than whether or not they have a tattoo.

Keep this in mind if you are worried about how your tattoo will be looked at while on the golf course.

2. History Of The Game 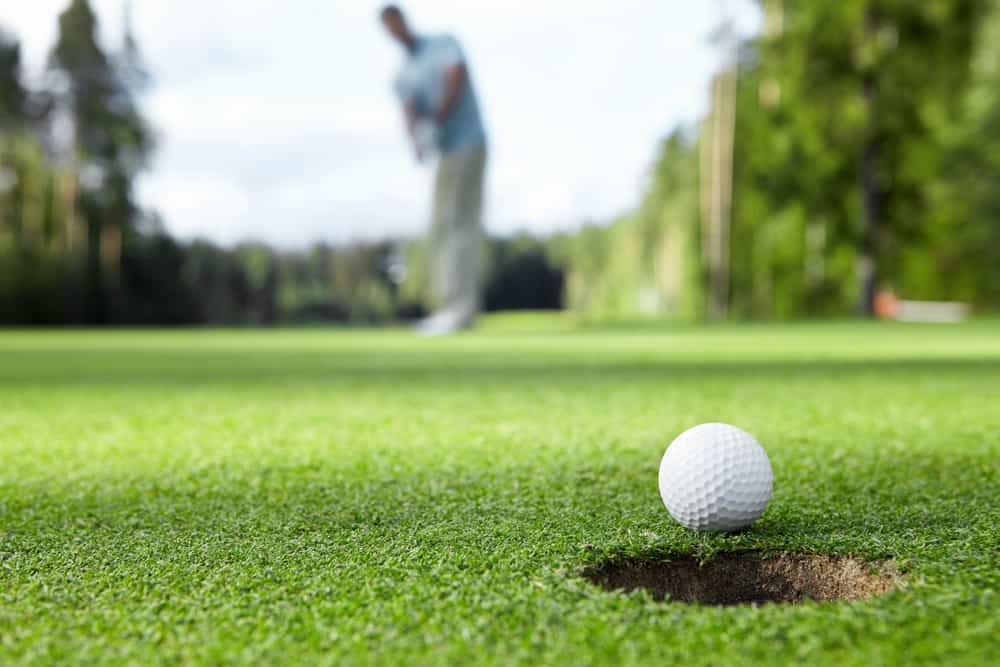 Golf has an incredibly long history.

The game has had some players like Ben Hogan, Arnold Palmer, Jack Nicklaus, and more that have shaped the future and the progress of the sport.

When you look back over the years, there are very few players that have visible tattoos.

This has shaped the way that current players look at tattoos and whether or not it is worth it.

The history of golf does not necessarily mean to discourage tattoos; it simply shows that there is not much evidence of tattoos in the sport, and it keeps people away.

Golfers heading toward the professional tours certainly want to fit in and be accepted on tour, and this can be one of the ways in which they do it. 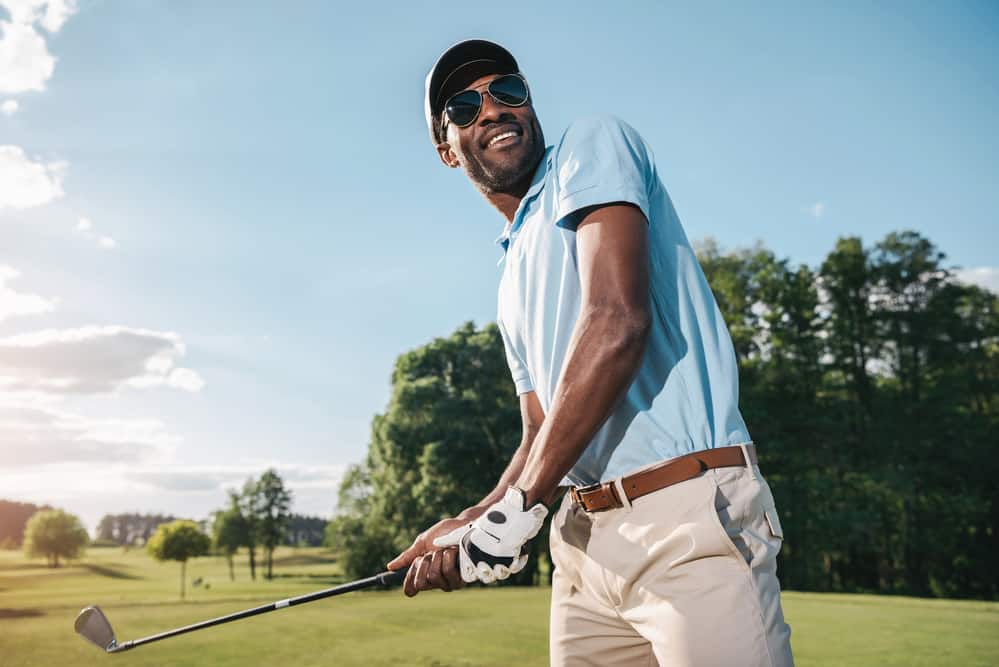 The golf dress code is rather strict.

For PGA Tour players, shorts are not permitted.

Golfers must wear golf shirts with short or long sleeves, and they must wear pants.

If you could see golfers’ legs, chances are there would be quite a few more visible tattoos on the PGA Tour.

Many players have small tattoos on their back or shoulder that are covered by their shirts.

The dress code is not necessarily meant to block tattoos; it’s just that, for the most part, we are only seeing the forearms of a golfer as they play.

If a golfer has tattoos on their wrist, hands, or forearm, they are pretty visible.

Outside of that, we likely wouldn’t see what they have. 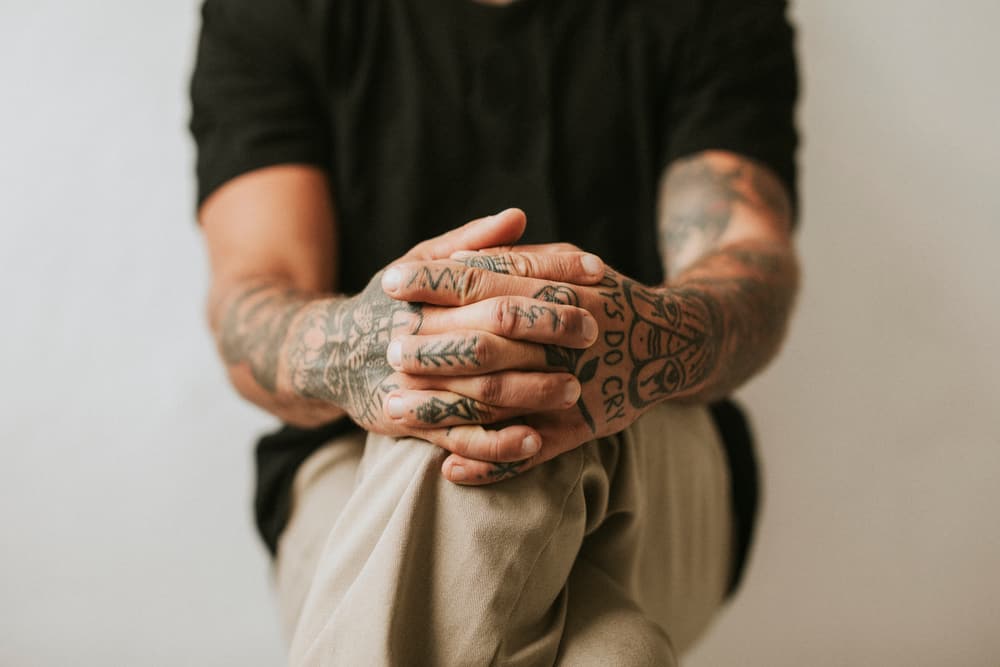 With a good majority of these players being younger and new to the tour, they may not have something that they feel strongly enough about to get a tattoo.

That is why you are seeing as some of these players age, get married, and have families, they are getting small tattoos to represent their families.

The reason many golfers don’t have tattoos could simply come down to the fact that they aren’t sure what they would get a tattoo of at this stage in their lives. 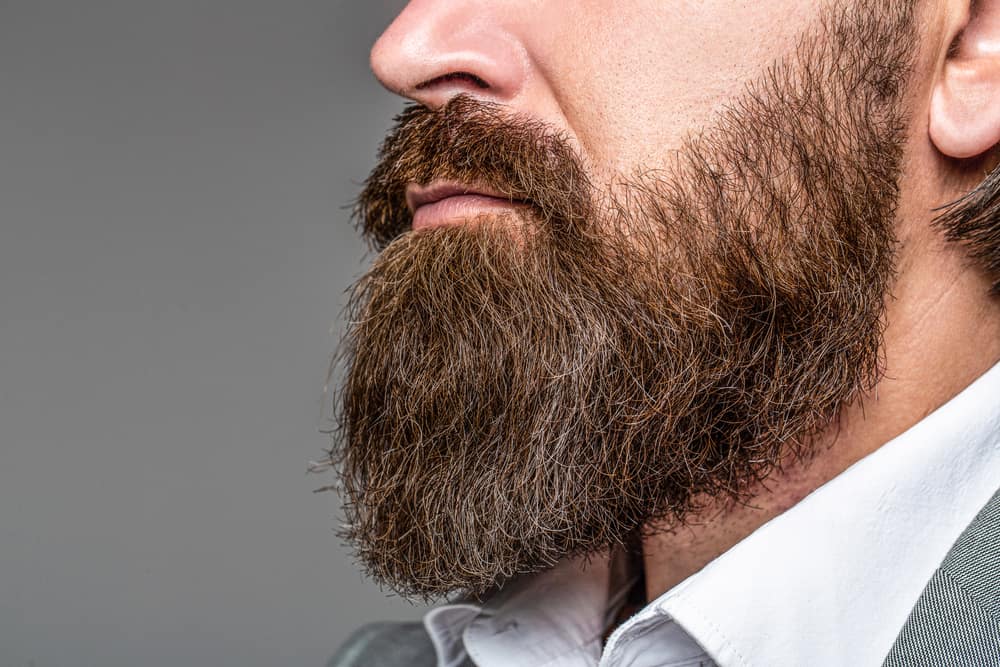 Another question that comes up about the PGA Tour and its restrictions is facial hair.

Most players do not have mustaches and beards, and this is sometimes thought of as a restriction.

However, the PGA Tour does not currently have any restrictions in place about hair length or beard length.

When golfers are out on the golf course for the entire day, sometimes in the hot weather, it can be uncomfortable to have a beard.

This is the main reason you will see players skip the beard for a clean-shaven face.

As you watch certain players that have longer hair, you can see that it’s hard for them to keep it looking good for their entire round.

Many golfers want a clean and comfortable look that is easy to work with day in and day out.

During the pandemic, when golfers could not get haircuts and shaves quite as easily, there were some interesting pictures of players being tossed around on the internet.

It’s almost hard to recognize some pros when we see them with facial hair as opposed to the clean-shaven look we are all used to.

It will be interesting to see if these types of things change through the years, but we still think golfers are likely to keep their faces clear and their bodies as cool as possible on the course.

Hopefully, you can now see that the PGA Tour is not quite as restrictive as people think it is.

There are some great things about the PGA Tour and the way it tries to preserve the history of the game.

However, they are not going to get quite so involved as to tell golfers they are not allowed to have a tattoo.

The good news here is that you can be more unique and individual with your style on the golf course.

As long as you meet dress code requirements, a tattoo and a beard are more than acceptable to have.

Can Golfers Have Tattoos On The PGA? (Explained)