You are here: Home / Sports / NFL / Cincinnati Bengals Rumors And News (Updated Daily) / Bengals Must Still Be Cautious With Joe Burrow In 2021

For the first time in several years, the Cincinnati Bengals have legitimate reason for optimism.

The franchise had a decent run under head coach Marvin Lewis and quarterback Andy Dalton from 2011-2015, making the playoffs in each of those seasons.

However, they were never able to get past Wild Card Weekend under that regime.

With the level of talent on the offensive side of the ball on the current team, Cincinnati fans are hopeful that in a couple of years, the team will be playing much deeper into the AFC playoffs.

One of the main reasons for hope surrounds the potential of what quarterback Joe Burrow can one day become.

He showed a lot of promise in 10 games played last season, displaying an ability to maneuver in the pocket while averaging 268 yards passing per contest.

Unfortunately, Burrow wasn’t able to elude every oncoming hit, and suffered a torn ACL injury in Week 11 that cost him the rest of his rookie campaign.

As we head into the 2021 season, the Bengals will be looking to take a step forward, but must also be cognizant of a few things as it relates to Burrow’s recovery.

They’ll need to take a conservative approach to ensure their prized franchise cornerstone can deliver wins for them over the next decade plus.

All throughout the spring and summer, a rosy picture was painted by Burrow with regards to his recovery and timeline.

Social media footage of the former LSU Tigers star was readily available, running around on his surgically repaired knee, firing passes down the field with a cannon-like arm.

Even though Burrow got hurt relatively late in the 2020 season, it seemed like he could make it back at full strength by Week 1 of this campaign.

However, once training camp started, the promise displayed in a t-shirt and shorts dissipated.

Burrow’s camp has allegedly been littered with turnovers and uneven play.

Reading too much into practice results is not often a fruitful exercise, but Burrow himself has commented on how getting back into the swing of things has been mostly a mental challenge than a physical one.

It’s understandable why he would be a little skittish at this point in time, fixating over defenders who fall at or around his knees.

Cincinnati would be well served to lean on talented running back Joe Mixon early in the season, rather than forcing Burrow to air it out 60 times a game while he’s still getting right between the ears.

Good week for the Bengals pic.twitter.com/yaph1zscod

While the Bengals certainly have a promising future, it’s unlikely that will start in earnest in 2021.

Cincinnati needs to be realistic about their franchise timeline, and when they truly expect to contend for a playoff spot.

Even had Burrow not gotten hurt last year, it’s still unlikely that the Bengals would have challenged for a Wild Card spot this season.

The Pittsburgh Steelers, Baltimore Ravens and Cleveland Browns, all of whom reside in the AFC North with Cincinnati, are built to win now.

The Bengals would be lucky to finish .500 in their division in 2021, and should not jeopardize their 2022 or 2023 campaigns by pushing their chips in the middle of the table now.

There’s nothing more important for the franchise at the present time than using the full duration of the season to get Burrow back to where he needs to be mentally and physically.

If they can achieve that, the wins should follow in subsequent years.

Ja'Marr Chase said Joe Burrow texted him this morning and told him to get his bags packed. 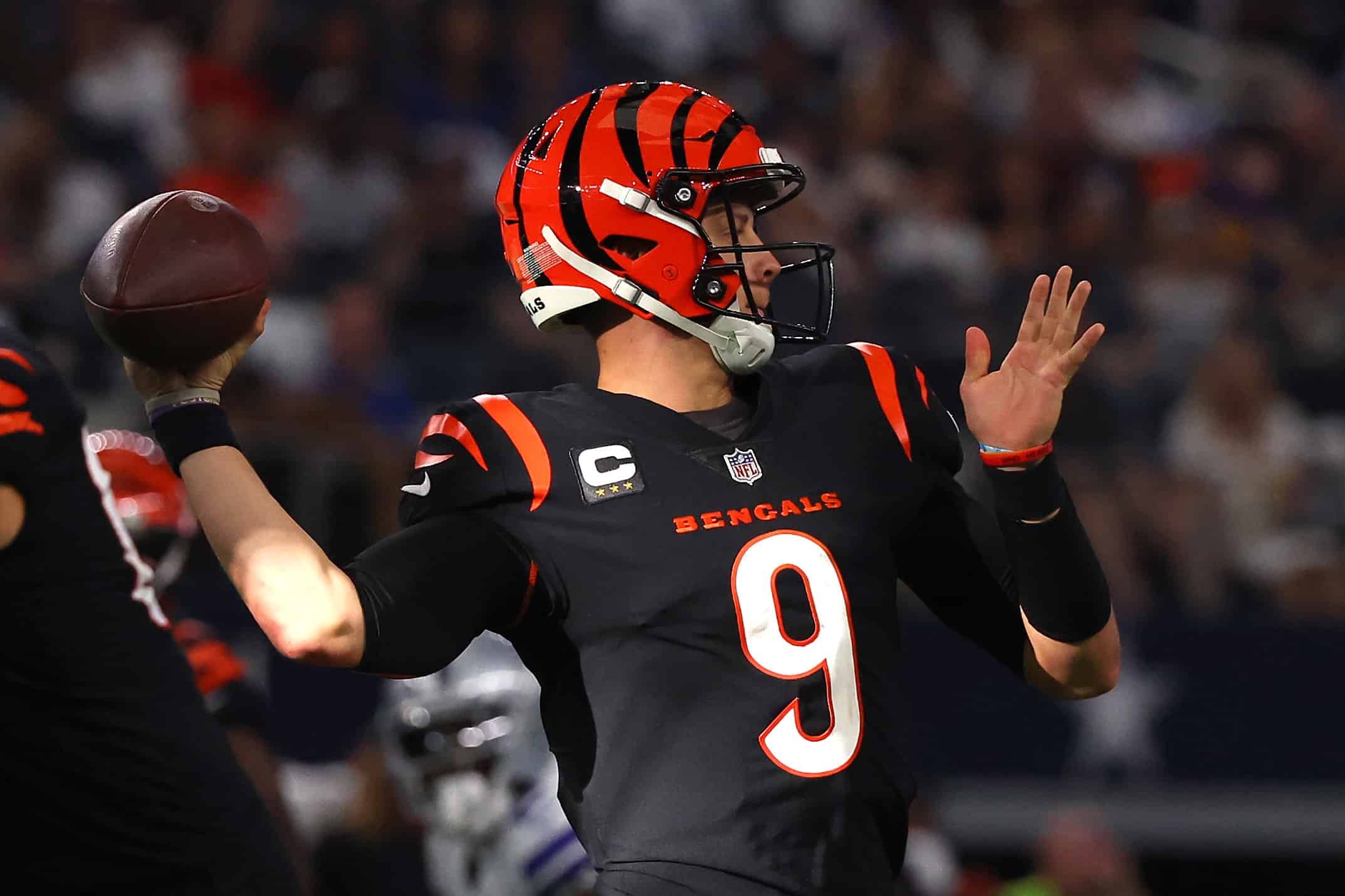 Joe Burrow Is Removing All Outside Distractions

Bengals Must Still Be Cautious With Joe Burrow In 2021