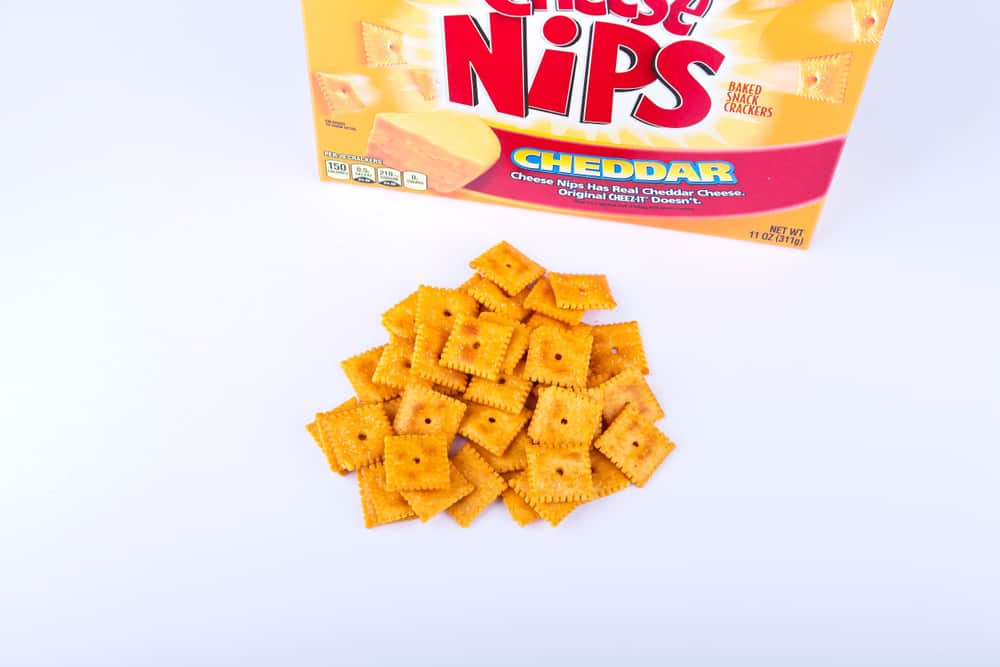 Cheese Nips are a beloved cheddar-cheese-flavored, crispy snack that has become increasingly difficult to find on retail store shelves.

However, since 2020, a wide variety of products have also become increasingly difficult to find with many companies placing the blame on covid-related shortages.

It has become difficult for fans to identify if the snack has been discontinued or is experiencing a shortage due to supply chain issues, transportation problems, increasing demand, or other reasons.

Have Cheese Nips been discontinued, or can fans hope for a return in the near future to store shelves? 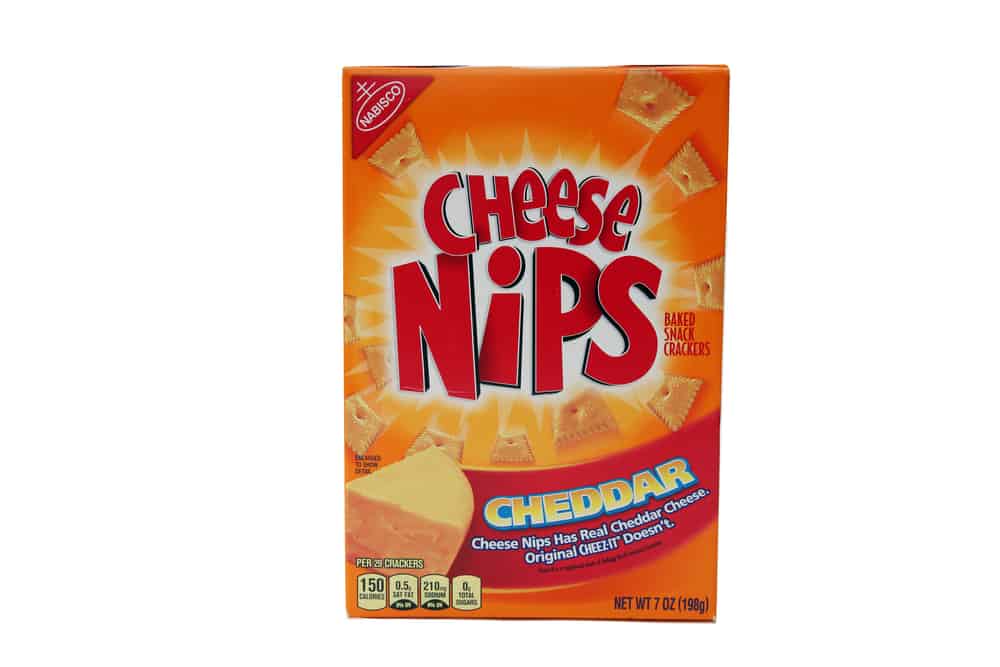 Yes, Cheese Nips were discontinued in 2020 after having been recalled earlier in 2019 due to harmful substances found in specific packages of the snack.

The Food and Drug Administration (FDA), along with Mondelez Global LLC, announced the recall and stated that anyone should discard any product they may have.

One source of confusion regarding the discontinuation may be because Canada sells Ritz Cheese Nibs, the Canadian version of Cheese Nips.

Additionally, the packaging between the United States Cheese Nips and the Canadian Cheese Nibs is very similar, and after a quick glance, the consumer may not see a noticeable difference between the boxes.

There is a petition on Change.org to bring back the popular snack, and as of the time of this writing, the petition has reached 1,069 signers.

There are comments on the petition from fans who have strong feelings for the snack, with some comments even stating that their love for the snack aided the individual during a time of depression, post-traumatic stress disorder, trauma, and pregnancy cravings.

Why Were Cheese Nips Discontinued? 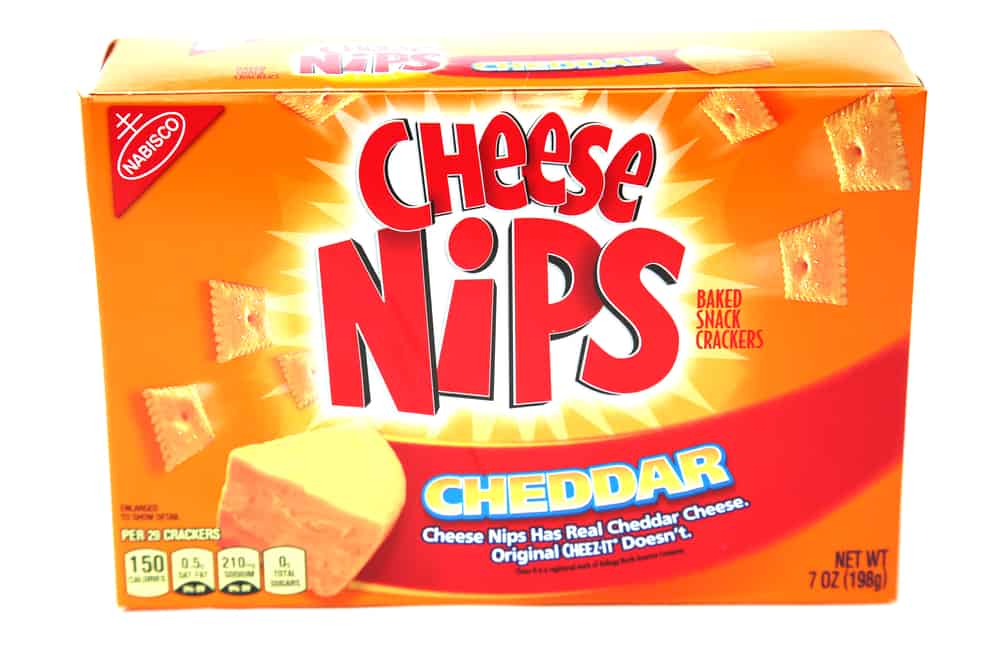 It is unclear why Nabisco, under Mondelez International’s guidance, discontinued the snack.

There does not appear to be an official statement from Nabisco or Mondelez International regarding the product being discontinued.

Although Nabisco’s social media pages did make an official announcement a year prior with the information about the recall.

In the same post about the recall, Nabisco responded to several comments after the discontinuation stating that Cheese Nips are no longer available, but that they would forward fans’ comments to the Nabisco team.

In March 2020, before the product was discontinued, Nabisco responded to a comment on their Facebook cover photo asking when Cheese Nips would be back in stock.

They stated that, at that point, they were still making the product but due to the supply chain challenges of the pandemic and demand, the availability of Cheese Nips was a bit limited.

The decision to discontinue the product may have been due to a fallback from the recall back in 2019, combined with the challenges experienced during the Coronavirus pandemic, and a decrease in demand. 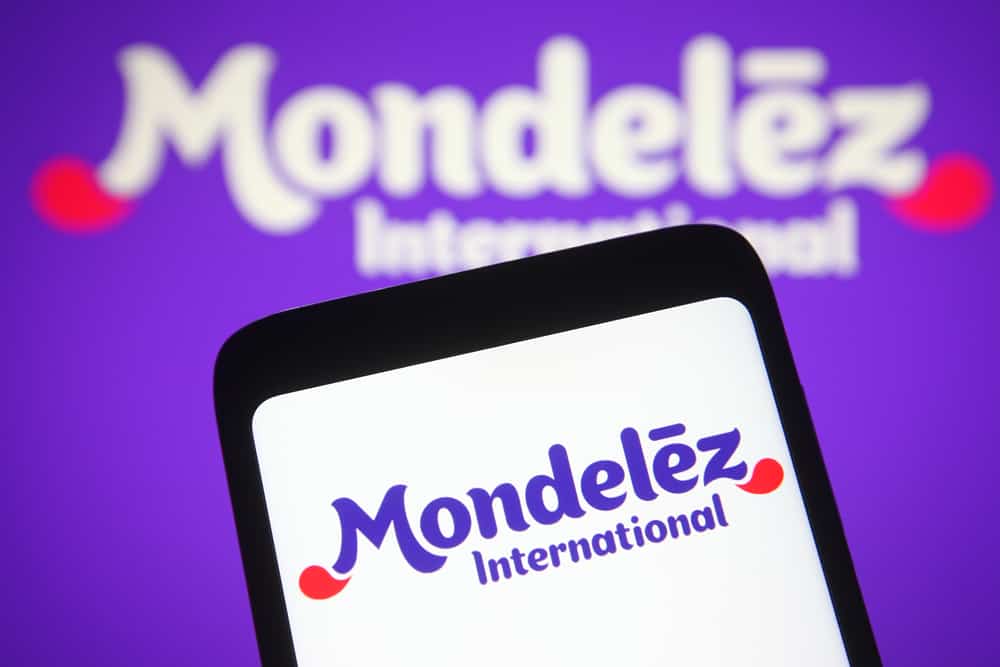 Mondelez International is a global snack company, with operations in more than 80 countries.

Mondelez operates Nabisco, which was the owner of Cheese Nips.

Their purpose is “… to empower people to snack right. … That means delivering a broader range of delicious, high-quality snacks that nourish life’s moments, made with sustainable ingredients and packaging that consumers can feel good about.”

They operate by their Snacking Made Right slogan, which is their commitment to leading the future of snacking by creating and distributing the right snacks, made for the right moment, and made the right way. 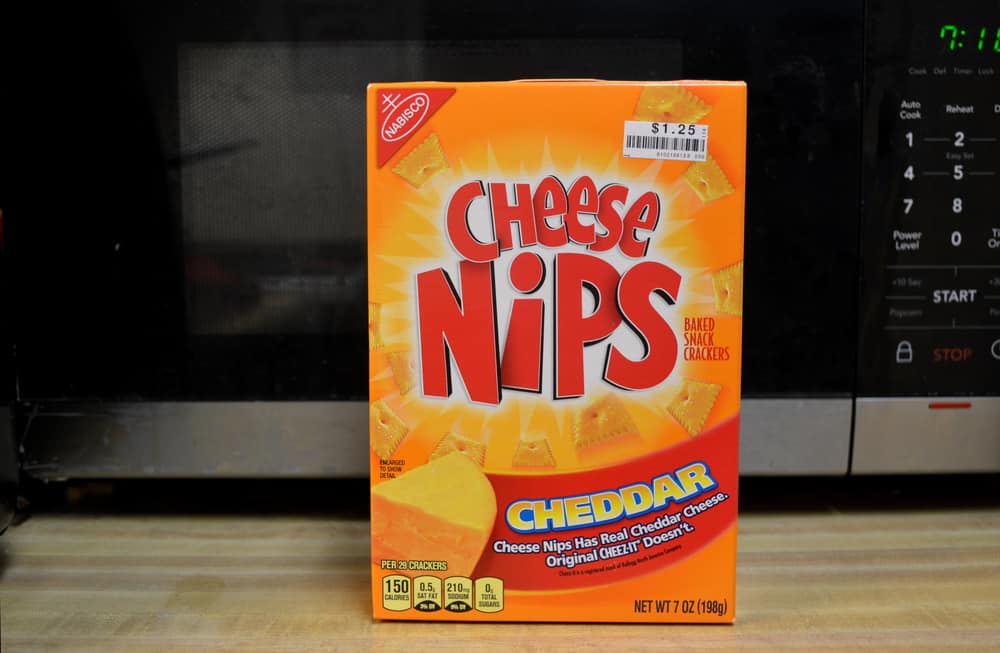 In the FDA’s announcement, the contamination involved small food-grade yellow plastic pieces that were from a dough scraper.

The company suspected contamination after employees began to notice yellow plastic pieces on the manufacturing equipment.

The recall was for shipments of boxes that had been distributed across the nation.

The Food and Drug Administration stated on its site that it had not received any reports of illness or injury that was traced to the recalled products. 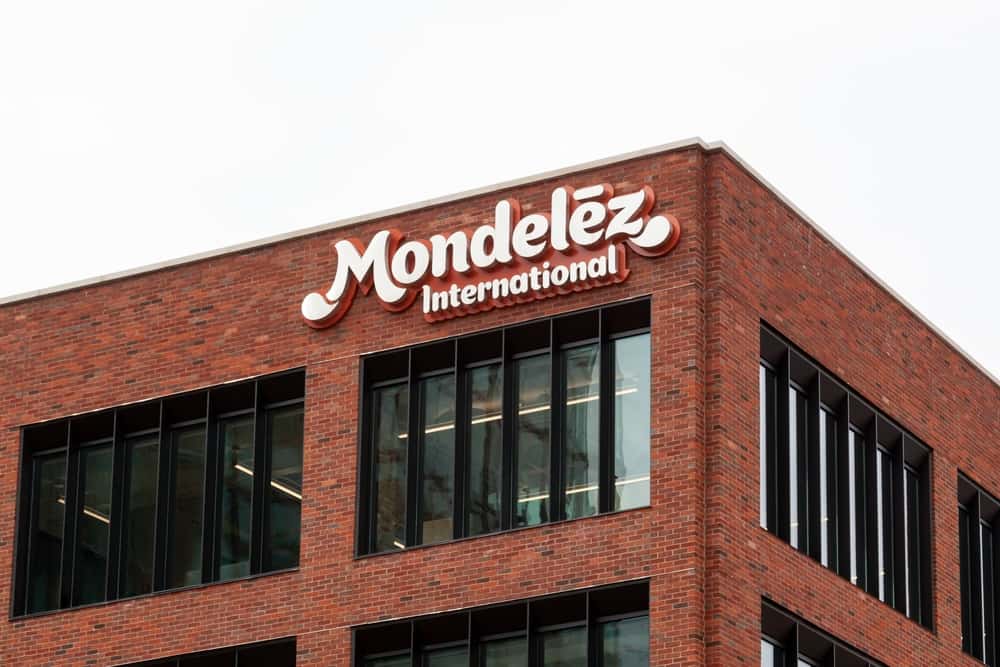 Besides the recall of Cheese Nips products in 2019, the company has a history of voluntarily recalling a few other products from their brands.

Specifically, Mondelez announced a recall of Chewy Chips Ahoy Cookies in early 2019 due to an unexpected and unidentified solidified ingredient in their 13-oz size cookie packages.

Interestingly, the original press release from Mondelez International regarding this recall has been removed from their site.

However, Chips Ahoy! confirmed the recall on their Twitter page.

Mondelēz Global LLC announced April 13, 2019 a voluntary recall in the United States, of certain Chewy Chips Ahoy 13 oz. due to the potential for certain product to contain an unexpected solidified ingredient. Click below for full list of affected product. https://t.co/x6y5o65Kjg

One comment on the tweet was from an upset user who said she had purchased a package of the cookies a month before the official recall.

Only after the Twitter user’s son had eaten half of the package did she notice that there were mysterious white or clear substances in the cookie batter that did not appear normal.

The whey powder that is used in the Ritz products was recalled by the supplier due to the potential for salmonella to be contaminating the powder.

This specific Ritz recall was for a large variety of their Ritz products, as listed on the FDA’s website.

It affected their products in the one to 10-ounce size range with “best when used by” dates ranging from January to April 2019.

At the time of the FDA’s announcement of the recall, they had not had any reports of illness or injury due to consumers having eaten the product.

However, they warned that potential side effects of ingesting Salmonella-infected products included fever, diarrhea, nausea, vomiting, and abdominal pain.

While a recall is never an ideal situation and often has negative impacts on the business entity, it is always the best decision to accurately and timely report the situation to the FDA for appropriate action. 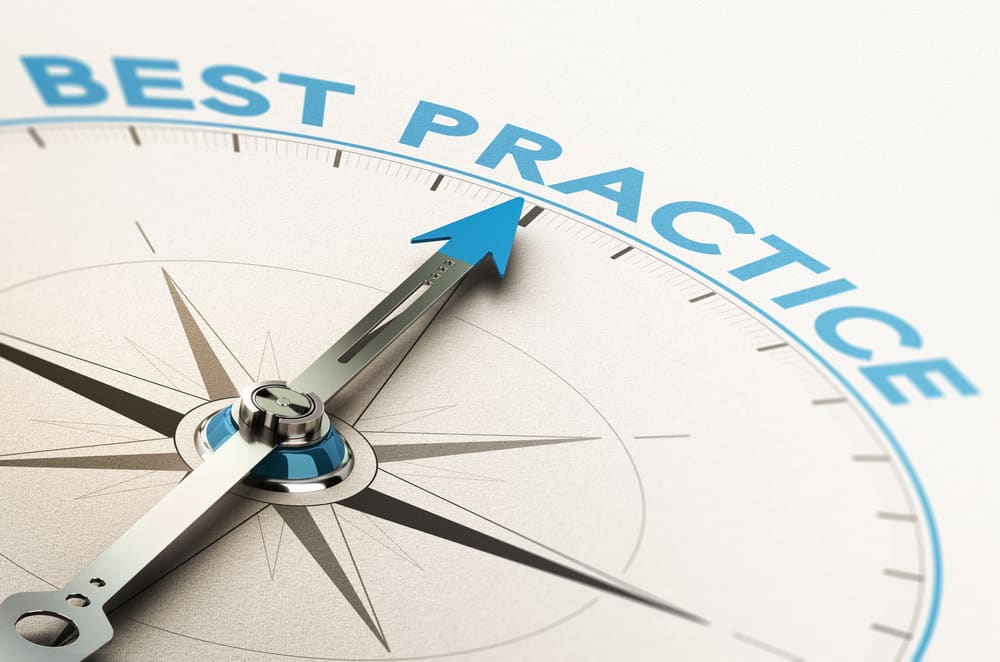 A food recall involves the removal of a specific food item(s) from the market that are discovered to violate FDA regulations.

The FDA works with industry and state partners to publish important press releases to the public regarding recalls that may cause significant risks to consumers.

If interested in viewing current or past FDA public statements, view the Recalls, Market Withdrawals, & Safety Alerts page for an updated list.

It is important to note that not all companies choose to work with the FDA to announce a recall, if the product is not an FDA-registered food item, drug, animal health product, biologics, medical device, or cosmetic, the company may still complete a recall on their own.

Additionally, the FDA does not regulate meat, poultry, or processed egg products.

These products are regulated by the U.S. Department of Agriculture (USDA).

Why Should A Food Item Be Recalled? 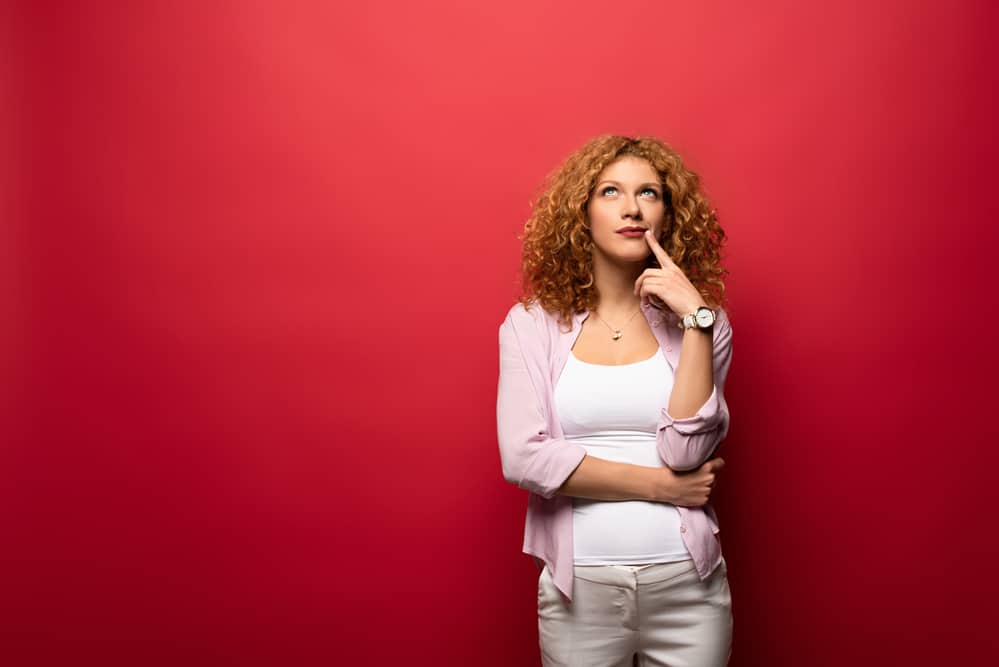 There are a variety of reasons for a food item to be recalled.

One reason is that the item was contaminated with microorganisms that may cause disease, including bacteria, viruses, or parasites.

Additionally, foreign objects, such as broken glass, metal, or plastic fragments, found in the food or packaging will require a recall.

Lastly, the failure to identify on the product’s label that it contains an allergen like peanuts or shellfish should be voluntarily recalled.

In some instances, if the brand cooperates with the FDA, the violation may be able to be corrected, and items can be redistributed to retailers.

It is best practice for a brand or company to contact the FDA when they believe an item they have distributed contains a contaminant that should indicate the need for a recall.

If you, as the customer, believe you have purchased an item that was recently recalled, it is important to clean surfaces of your home that would have had contact with the contaminated food item.

Additionally, recalled food can often be returned to the retailers where it was purchased for a refund. If the retailer is unable to process a refund, dispose of the food.

If you have additional questions, check out “Food Recalls: What You Need To Know.” 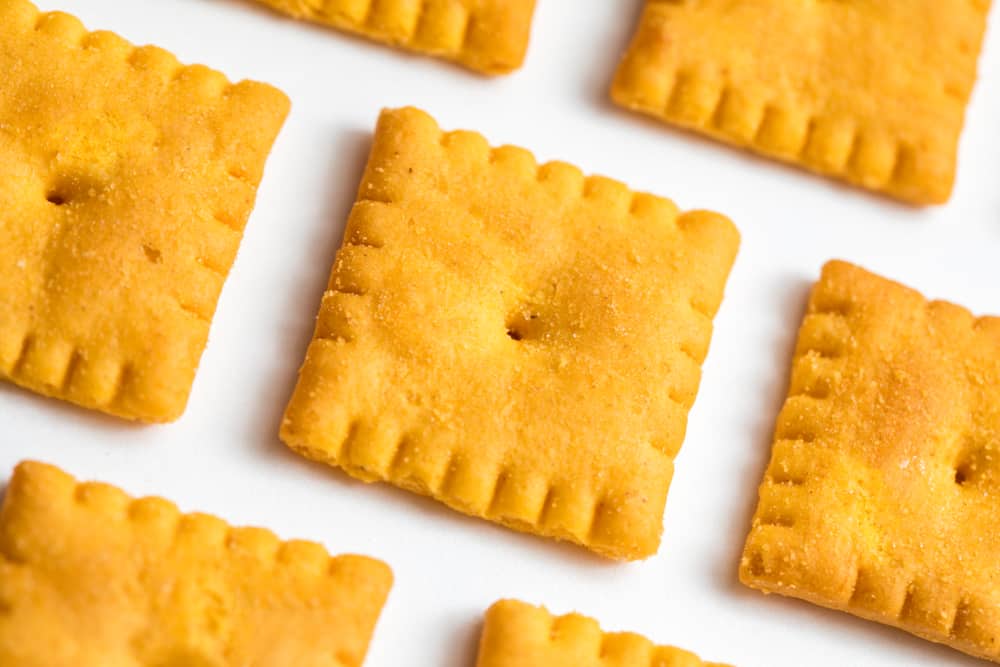 If you have any allergies or dietary restrictions, it is important to know what ingredients are found within the foods you eat.

According to Nutritionix, the ingredients in Cheese Nips include: 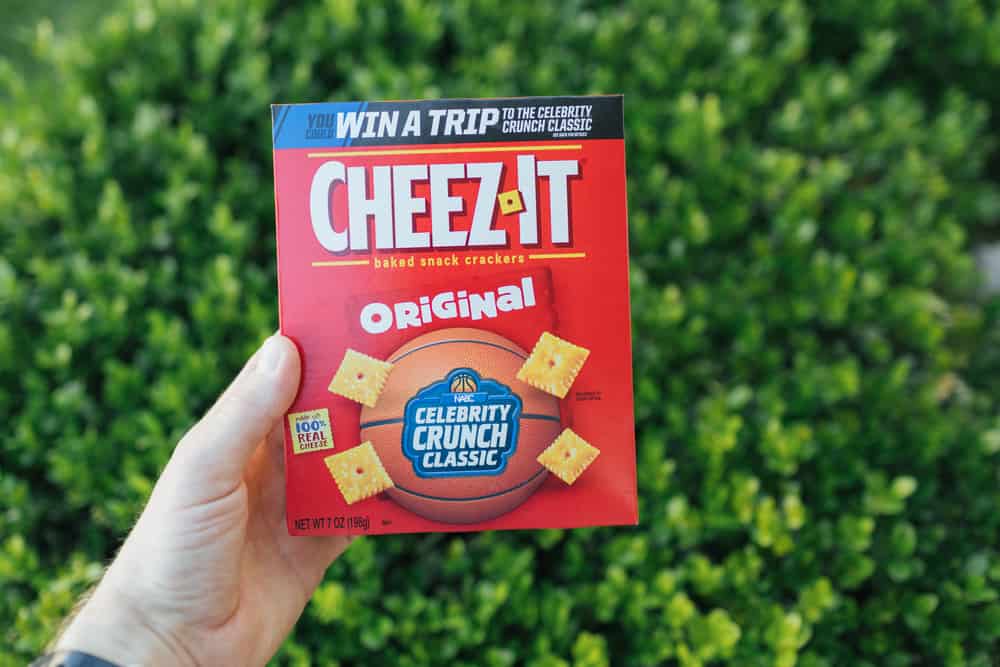 If you were a longtime lover of Cheese Nips you may be looking for an alternative crunchy, cheesy snack to fulfill that craving.

Here are some alternatives that were recommended to this Reddit User:

What Is The Difference Between Cheese Nips And Cheez-Its? 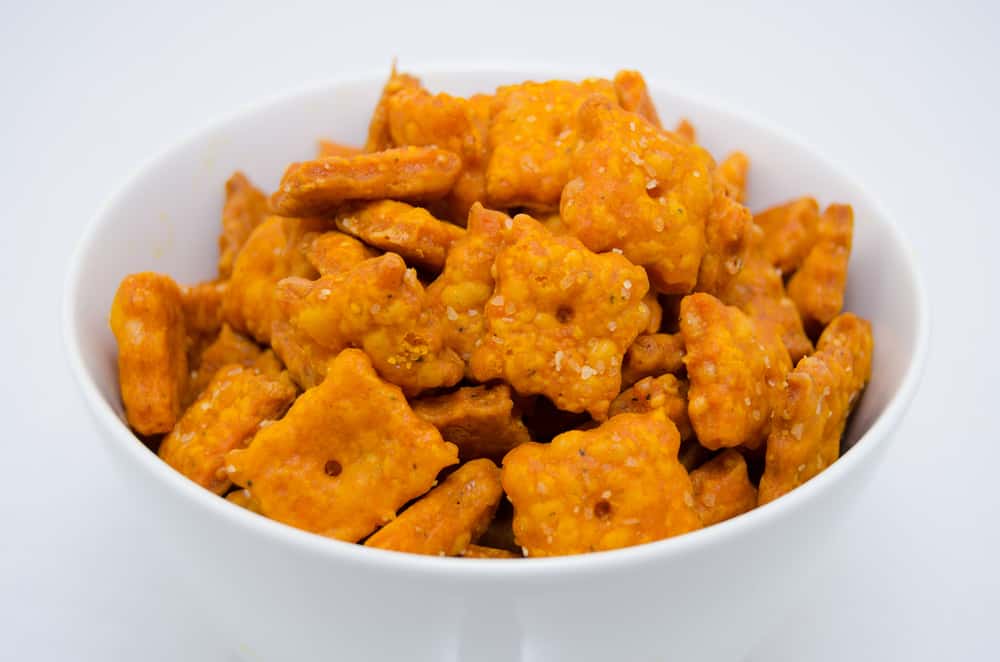 Cheese Nips and Cheez-Its are so similar in name, yet the flavoring between the two is very different.

Every person’s taste buds are different, therefore, what may be a tasty treat to one person is not as enjoyable to another.

The main difference appears to be that Cheese Nips tend to be saltier and drier than Cheez-Its.

The debate about which snack is best is wildly controversial.

The Tampa Bay Times did its own taste test, and the writer stated that Cheese Nips had a “bitter, almost burnt taste and a fragile texture that flakes instead of crumbs.”

The staff at Bon Appetit tasted each brand and completed their rankings based on whether or not the crackers fit their platonic ideal of a cheese cracker.

They also asked themselves if the crackers had an addictive quality that would entice them to eat an entire box in one sitting.

Lastly, they considered salt, cheesiness, and crunch in their final rankings.

In the final rankings, Cheese Nips came in at number seven.

Bon Appetit described Cheese Nips as being bitter and having inferior cheddar flavor.

The texture was not appealing to the taste testers, as the snack fell apart easily.

Cheez-It Grooves came in third place, and the original Cheez-Its got first place in the final rankings.

Bon Appetit taste testers stated that Cheez-Its were the best crackers, with a superior blend of salt, artificial and real cheese flavorings, and a good crunch.

However, as Twitter reminds us, there are still many people throughout the United States who prefer Cheese Nips and wish for their eventual return to the store shelves despite them having been discontinued back in 2020.