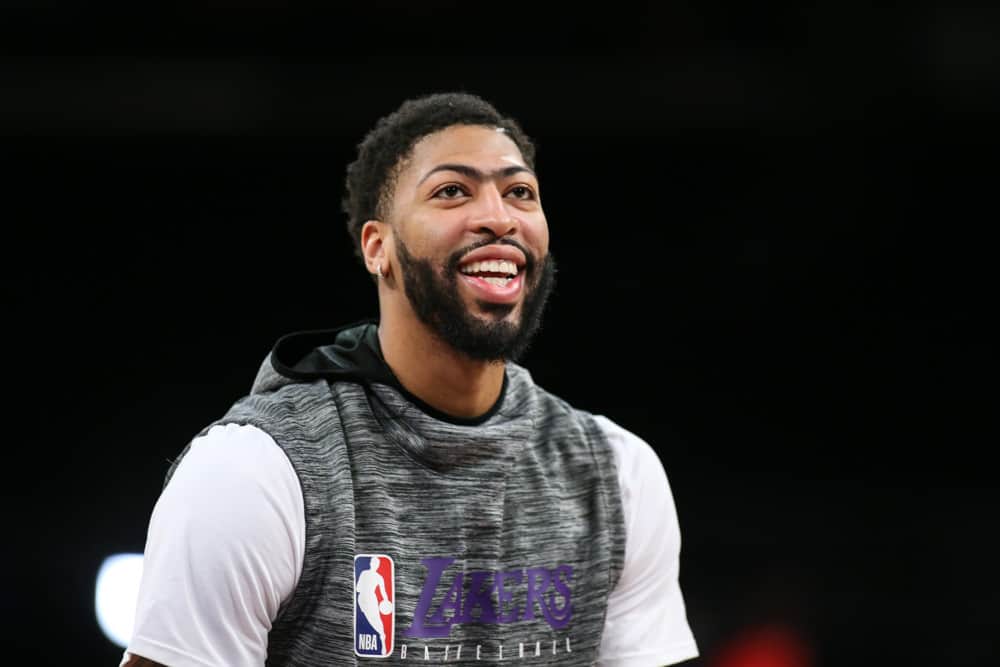 The Los Angeles Lakers are the reigning defending NBA Champions.

A lot of that is not only due to LeBron James, but also Anthony Davis.

With free agency now underway, many expect Anthony Davis to resign with the Los Angeles Lakers.

But, reports are, he will take his time in doing so.

The 2020 free agency market is headlined by none other than Anthony Davis.

After the Los Angeles Lakers won the NBA Championship, the sales pitch to AD became way easier, as they simply just want to run it back.

It was reported in October that Anthony Davis would be opting out of his player option and indeed, resign a long-term deal with the Los Angeles Lakers.

Sources: Anthony Davis plans to opt out of contract and re-sign with the Lakers.

Inside Pass on Davis, Lakers/Heat offseasons and more across league at @TheAthleticNBA: https://t.co/P5YRf3Fbzb

Many expected that Davis would resign his long term deal right at the start of free agency.

But, that was not the case as free agency started yesterday at 6:00 p.m. eastern time and AD still hasn’t signed a new contract.

ESPN’s Adrian Wojnarowksi, reports that while Anthony Davis does plan on resigning with the Los Angeles Lakers, it might not happen until after Thanksgiving.

ESPN Sources: Anthony Davis is on course to return to the Lakers, but don't expect a formal commitment in the immediate hours and days after free agency opens. Davis will take time to consider the structure and length of a new max contract. https://t.co/nHBQfBGwJq

This has nothing to do with Anthony Davis considering other options from other teams.

In fact, I am unaware if he is even listening to offers.

I highly doubt that as the grand scheme of things was to always have Davis end up on the Lakers.

During his time in New Orleans, he signed with Klutch Sports.

LeBron had made it clear to management that he wanted AD in LA.

Now, that he is there and they won a title in their first year together, the Lakers will not let him walk away.

With the time AD is taking, he is considering how long he wants this contract to be.

LeBron James will be entering his 18th NBA season and although he looked great last year, he is getting up there in age.

Sources believe that Davis is targeting a maximum 2+1 contract with a player option in the third year.

The Los Angeles Lakers are certain that Davis will ultimately resign with them.

In the meantime, they have been active during free agency.

They started off by trading for PG Dennis Schroder.

Lakers and Thunder trade to send Dennis Schroder to LA and Danny Green/No. 28 Pick to OKC is “agreed in principle,” via @ShamsCharania.

It is worth noting that the Lakers were focused on shipping out Danny Green and his $15 million contract.

The newest member of the Los Angeles Lakers 👀 pic.twitter.com/ExRy8l10Hr

After Dwight turned down the Lakers for the 76ers, they then shocked the world as the first day of free agency neared an end.

The Los Angeles Lakers were able to come to an agreement with reigning sixth man of the year, Montrezl Harrell.

Sixth Man of the Year Montrezl Harrell is staying in LA. pic.twitter.com/uobfo4J6o4

This came as quiet the surprise, with no one really, expecting Harrell to take this kind of money.

The Lakers used their MLE on Harrell as they secured another big man who is known for his hustle off the bench.

This has been the steal of free agency and overall, GM Rob Pelinka is once again shaping up this team nicely.

They are molding into a complete team as they look to repeat as NBA Champs.

Anthony Davis Will Take His Time In Re-Signing With Lakers