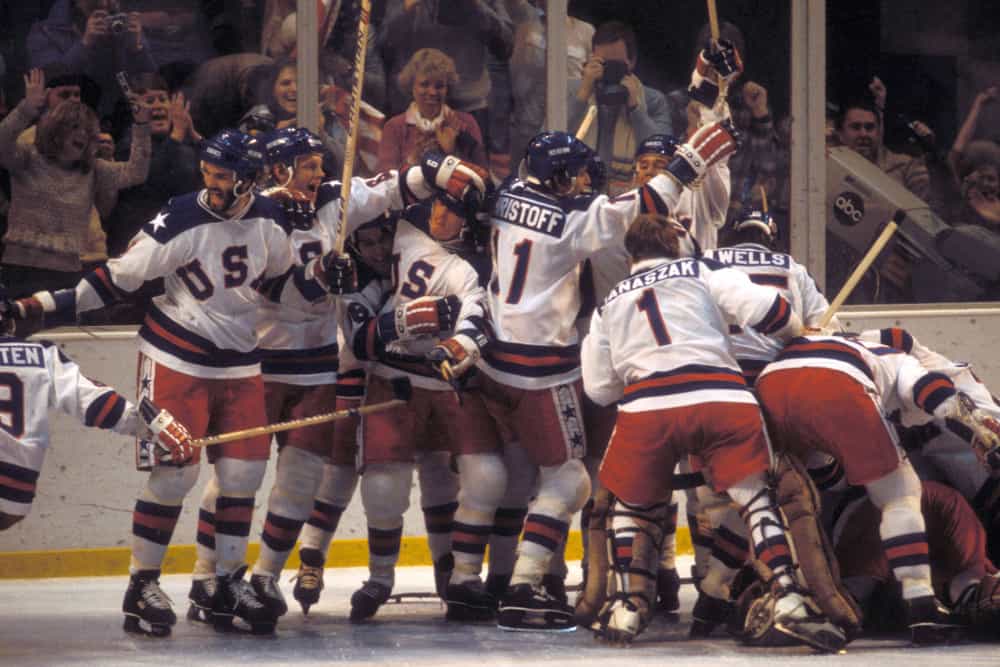 On February 22, 1980, the “Miracle on Ice” occurred; the United States hockey team defeated the Soviet Union in a tight match by the score of 4-3.

Today is the 41-year anniversary of the Miracle on Ice against the Soviet Union.

Herb Brooks took a group of college kids and beat the most powerful hockey team in the world.

I get chills ever time I watch the final seconds. It’s a beautiful moment. pic.twitter.com/0GMZxPSfBB

Ask anyone who was alive at the time, and they will tell you where they were when it happened.

In terms of its impact on Americans, the Miracle on Ice ranked up there with the space shuttle launches and the death of John Lennon which were other notorious events of the early 1980s.

The Miracle On Ice game was played 41 years ago today in Lake Placid. Below, arguably the most famous cover in SPORTS ILLUSTRATED history.

The Miracle on Ice was a truly magical moment, and here are three cold hard facts about it.

1. It Was Not The Gold Medal Match

Its name would lead people to believe it was the gold medal match, but it was not.

The young American team took on the experienced Soviet team; the winner advanced to the gold medal match.

Comparisons to David and Goliath are not far-fetched, and the Soviet team could be compared to the USA basketball dream teams of NBA players.

They were that experienced and good and had not lost in Olympic competition since 1968.

The fact that the young USA team beat the Soviets and came back two days later to win the gold medal match against Finland is amazing.

There was no letdown after the big win.

2. Though Played In New York, It Was Not Aired On Live TV

The 1980 Olympics were held in Lake Placid, New York.

10,000 fans packed into the arena for the 5 pm EST match between USA and the Soviet Union.

ABC had the Olympic coverage in 1980 and wanted a primetime slot for the match, but the Soviet Union would not agree to it.

The Soviets wanted a time more agreeable to their audience at home watching it.

As a result, ABC prerecorded the match and aired it at 8 pm.

Keeping a secret of this magnitude for the primetime television viewer was much easier in 1980.

There was no social media or YouTube to spoil the outcome.

3. It Remains One Of The Greatest Upsets In The History Of Sports

This bunch of amateur and college players did the unthinkable.

In the height of the Cold War, it was also considered a victory over communism.

The team is immortalized, and the story never gets old in its retelling.

Al Michaels was calling the match, and he opened the broadcast saying:

“What we have at hand is the rarest of sporting events, an event that needs no buildup, no superfluous adjectives. In a political or nationalistic sense, I’m sure this game is being viewed with different perspectives, but manifestly, it is a hockey game.”

These are not the iconic words he is known for saying as the seconds ticked down, but his eloquent words set the scene.

His “Do You Believe In Miracles” chant will never be forgotten.

Coach Herb Brooks, goalie Jim Craig, and captain Mike Eruzione are etched in Olympic and sports history because of their roles in the Miracle on Ice.

But it was definitely a team effort, and Brooks reminded them about how important team was with this iconic one liner.