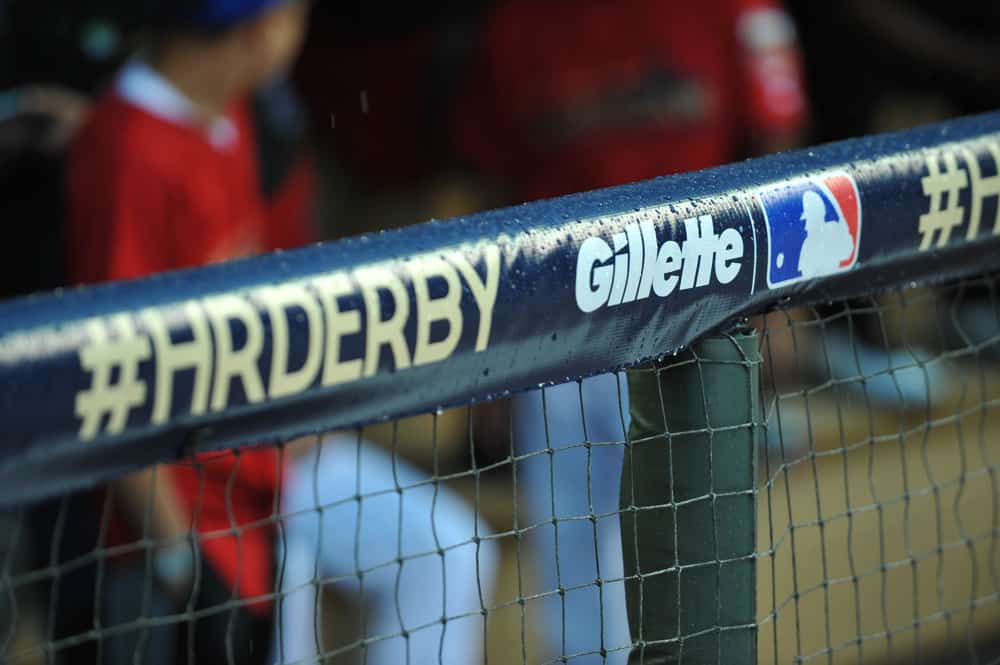 The MLB Home Run Derby is an iconic contest that precedes the All-Star game year in and year out.

There are lots of exciting young, powerful players worthy of a spot among the contest’s participants, but the New York Mets, New York Yankees, and Texas Rangers may have the best and strongest of them all.

Pete Alonso, Giancarlo Stanton, and Joey Gallo can make must-watch TV out of any home run derby they participate.

He has thick thighs and a long, powerful swing that produces natural loft.

The Mets fans certainly know what it’s like to celebrate a home run by Alonso, as they have done it 73 times in 233 games.

As a rookie, Alonso broke the record for most home runs hit by a first-year player, with 53 round-trippers.

In fact, the first baseman recently became the fastest player to hit 70 homers in the history of the game, doing it in 220 games.

Alonso is, in fact, the most recent winner of the MLB Home Run Derby, taking the crown in 2019, which was the last edition of the contest (the 2020 one was cancelled because of COVID-19 and the shortened season.)

Players like Pete Alonso are good for the game, because their presence in the home run derby helps increase viewership, and for good reason.

Together with teammate Aaron Judge, Stanton has hit the hardest balls ever tracked by Statcast.

In fact, Stanton has the hardest-hit ball in the Statcast era (it has been tracking these stats since 2015) at 122.2 miles per hour.

Year in and year out, Stanton appears in the leaderboards in both average and max exit velocity.

If Giancarlo Stanton is participating in a home run derby, the event automatically becomes a must-watch.

Stanton already knows what it’s like to win a home run derby, as he did it in 2016.

Another interesting bit of data about the slugger is that he currently ranks fourth in all-time home run derby dingers, with 83.

The leader is Joc Pederson, who has 99, so if Stanton participates in another edition, he has an excellent chance of assaulting the top spot.

The Yankees’ designated hitter also holds the second-best spot when it comes to single-edition home runs, with 61 when he won in 2016.

The Texas Rangers’ outfielder may have some issues making consistent contact with the ball, but when he does, boy, does it travel fast.

I want to see Joey Gallo in the Home Run Derby this year pic.twitter.com/5meeYXSALH

The 27-year-old slugger is one of the majors’ strongest men, built like a truck, and he punishes baseballs so hard that his 117.5 max exit velocity in 2018 is one of the highest in Rangers’ history.

Contact issues aside, Gallo averages a healthy 93.3 miles per hour on his batted balls over the course of his career.

His strength, combined with his fly ball tendencies, make him a surefire highlight reel in the case he participates in the 2021 Home Run Derby.

2 Moves The Yankees Need To Make To Compete With Astros

MLB World Left Wondering If History Will Repeat Itself

The Yankees Are Actively Shopping For Starters

The Mariners Are In A Great Spot To Keep Building

Mariners Set To Acquire Top Second Baseman From The Brewers

The Cardinals Continued A Brutal NL Central Trend In October

Yankees Fan Has Hilarious Take On An Aaron Judge Suitor

Orioles Executive Comments On The 2023 Plans

Yankees Pitcher Has Must-See Cleats For The WBC

The Dodgers Stand Out In An Elite MLB Statistic