You are here: Home / Sports / NBA / 3 NBA Coaches That Overachieved This Season 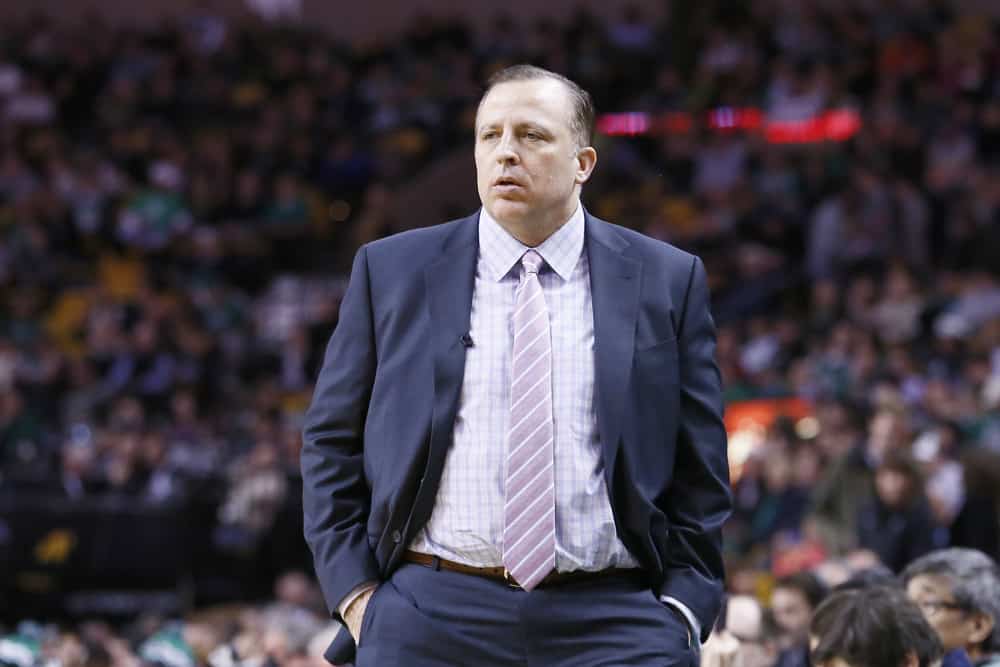 NBA teams come into every season with a set of expectations.

Whether they are good ones or bad ones; we gather an idea as to what their season is going to look like.

However, there are a few teams that can surprise you along the way.

We underestimate certain players or an injury occurs that we didn’t see coming.

Another variable we tend to dismiss is coaching ability.

Basketball can seem like a very individualistic sport, while not realizing there are coaches on the sideline that drew up this play.

Even stuff that is outside of the basketball realm, such as managing different personalities on a team, is a big responsibility.

Coaches are very important; and having the wrong one can bring a team down.

There were some coaches this season that were dealt a bad hand, but still somehow to pull themselves above the water.

Coach Thibs came into this season with no expectations for a Knicks franchise that seemed like a bottom tier organization.

In fact, many people thought the hiring was bad because of the stigma behind Thibs after his tenure in Minnesota.

Well things have changed in the Big Apple.

The Knicks are sitting at the fourth seed in the East and just clinched their first winning season since 2013.

The Knicks have officially clinched their first winning season since 2013.

Thibs has this team playing the best defense in the league this year with them holding opponents to 104.6 PPG.

In addition to their stifling defense, Julius Randle has morphed into an All-NBA caliber player this season.

Thibs has turned a dormant franchise into a potential team of the future.

The Denver Nuggets came into this season with extremely high expectations.

They made it to the conference finals after coming back from 3-1 not once, but twice.

Things were looking up for this team as they wanted to take that next step forward.

However, things have not gone as planned due to several circumstances.

Mike Malone has had to overcome each obstacle thrown at his team.

Michael Porter Jr. was out for a decent amount of time due to Covid protocols.

Their bench has been decimated by injuries all season long.

Even throughout all of that turmoil, Mike Malone has his Nuggets playing amazing basketball.

Since Jamal Murray’s injury, the Nuggets have gone 9-2 in that span.

Since Jamal Murray went down with an ACL injury, the Nuggets are 9-1, and have jumped to the No. 3 seed in the West.

Nikola Jokic is the CLEAR MVP.

Granted, the Nuggets have the potential MVP this season in Nikola Jokic.

However, Mike Malone has had to tinker with several different rotations all season long, while having his team stay in the top four in the Western Conference.

If you asked someone who the head coach of the Memphis Grizzlies is, would they know?

They would probably have no clue as to who it is.

The answer is Taylor Jenkins.

The Memphis Grizzlies are a .500 team right now and in the 9th spot in the West.

They are in prime position for the play-in tournament despite the challenges they have faced this season.

Jaren Jackson Jr. has missed most of the season recovering from knee surgery.

Their young star and face of the franchise, Ja Morant, missed several games due to a high ankle sprain.

In the midst of all of that, the Grizzlies are still in the playoff hunt.

Video Shows How Kyrie Irving Can’t Be Stopped On Offense

3 NBA Coaches That Overachieved This Season