You are here: Home / Sports / 2 Teams That Could Trade For Obi Toppin 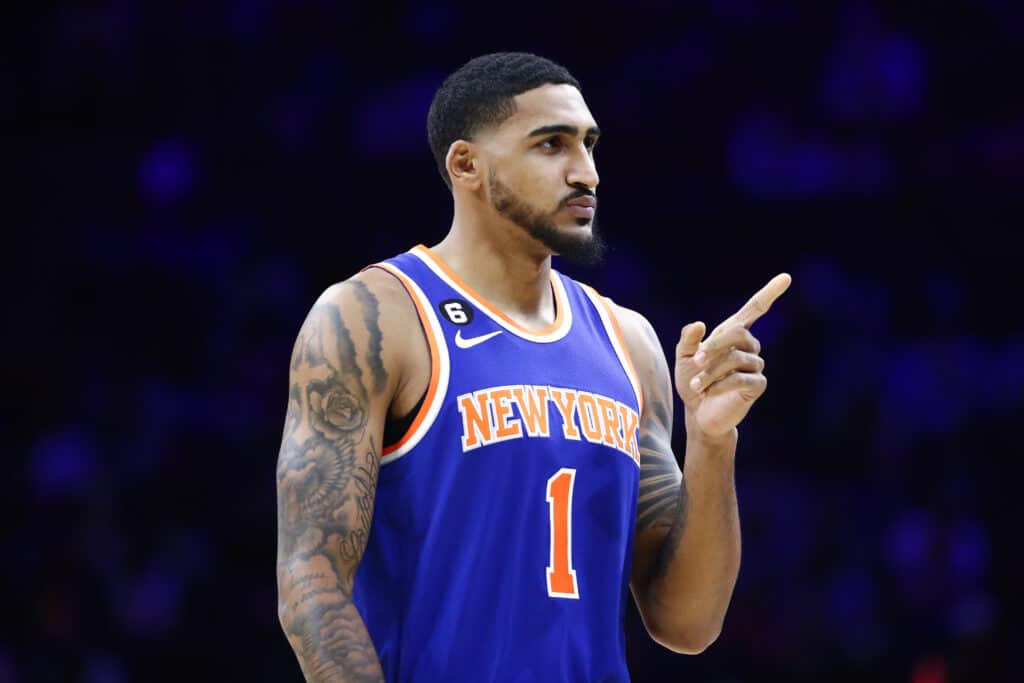 The New York Knicks may be in a position to trade former No. 8 overall pick Obi Toppin.

Toppin has been out with an injury since Dec. 7, but is expected to draw interest on the trade market.

The Knicks have a couple of reasons they could trade him.

Whether they move him for more draft picks, or package him for a major rotation player, there is a good chance that Toppin could have a new uniform soon.

Here are two places that Toppin could be traded to.

One team where Toppin could be an excellent fit is with the Indiana Pacers.

The Pacers and Knicks have discussed a trade revolving around Obi Toppin and our extra picks, via @SeanDeveney

How would we feel about Obi in the Circle City? 🔨

The team is looking for an athletic forward that can run the floor with their facilitator of Tyrese Haliburton.

He would likely be able to fill right into a starting role there, something he is not a fit for in New York.

A potential deal could revolve around someone like Buddy Hield, who is the type of player the Knicks need.

He would provide a major shooting boost to a team that needs the floor spacing.

A trade could also be centered around a pair of draft picks from the Pacers.

If the Knicks are looking to make a major win-now move, then the Toronto Raptors would be that team.

They will likely move OG Anunoby this year, and he would fit perfectly with the Knicks rotation.

OG Anunoby from DEEP and ties it up 🔥pic.twitter.com/vK1PmsNwoT

In a move like this, Toppin would become part of a big return package.

It is expected to include him, a first-round pick, and another one of the Knicks’ role players.

Due to Anunoby’s young age, it would cost a lot.

But this move would be more than worth it, and could go a long way toward making the Knicks true contenders.

The Knicks And Bucks Are Talking Of A Possible Trade

The Knicks Are Trying To Avoid A Dreaded Repeat

Is Jalen Brunson An All-Star?

Knicks Fans Are Excited For The Future

The Knicks Need RJ Barrett To Return From Injury

Knicks Get To Scout Potential Trade Options Against Pacers

2 Keys For The Knicks To Win Against The Pacers

Newest Knicks Star Has Been Proving Himself

Jalen Brunson Tried His Best To Carry The Knicks

2 Teams That Could Trade For Obi Toppin