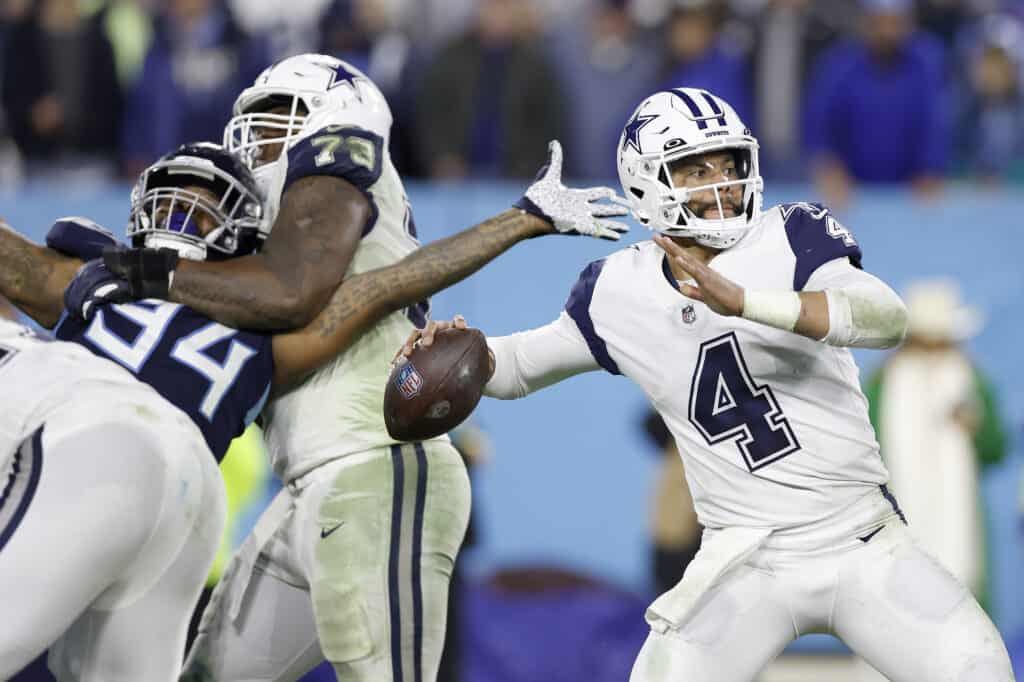 The Dallas Cowboys get set for their final regular season game with still plenty to play for.

Entering the week as the fifth seed, Dallas has a chance to jump as high as one or two depending on this weekend’s results.

With the Commanders already eliminated, they will not be very motivated for this game.

They are starting rookie Sam Howell in the game, making his NFL debut.

With that being said, here are two bold predictions for the Cowboys vs. Commanders.

The Cowboys’ star wide receiver, CeeDee Lamb, is on the cusp of franchise history.

Entering this week with 102 receptions, he sits 10 more catches behind setting the new franchise record.

While that may seem like a lot of catches in one game, Lamb has done it each of the past two weeks.

It looks obvious that Lamb and Dak Prescott are in sync with each other.

The 23-year-old receiver has been playing like one of the best in the league.

Against an unmotivated Washington team, Lamb should be ready to feast.

The Cowboys’ defense is looking to do something that has not been done since 1974.

That is leading the NFL in takeaways in back-to-back seasons.

Dallas has a five-takeaway lead entering the final game.

But, they should be hungry to get plenty more against the Commanders’ rookie quarterback.

They should not know what to expect from Howell, but late-round rookie draft picks do not have a great track record.

In a game the Cowboys should be leading, they will have plenty of opportunities to intercept Howell.

Look for Trevon Diggs and DaRon Bland to be ballhawks on Sunday.

#Cowboys Daron Bland now with 5 INTs for the season!!! Should be considered the #NFL DROY… pic.twitter.com/7zJ1dH5tWv

Bland has five interceptions this year as teams have been hesitant to target Diggs.

Expect the Cowboys’ defense to put a bow on another successful regular season on Sunday.

2 Moves The Cowboys Need To Make This Offseason

Jerry Jones Names 1 Player The Cowboys Are Moving On From

The Cowboys Remain Committed To Their Star Player

Skip Bayless Has A Dak Prescott Replacement In Mind

Michael Gallup Had A 2022 Season To Forget

Dak Prescott Vows To Be Better In 2023

Dak Prescott Shared A Promise For The Future

Mike McCarthy Is Historically Bad Against The 49ers

The Cowboys Remain Stuck In Divisional Round Rut

2 Bold Predictions For Cowboys Vs. Commanders